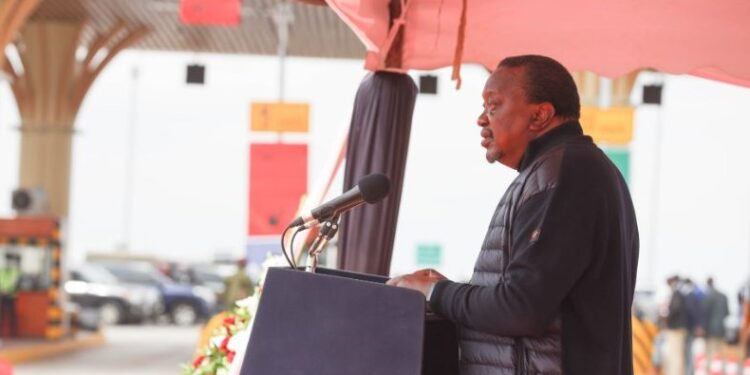 President Uhuru Kenyatta publicly stated why he refused to support his deputy William Ruto in the statehouse bid.

The head of state, explained his reasons during a meeting with Provincial administrators and Abagusi elders in Kisii State Lodge on Wednesday, August 3.

Likewise, the president reiterated his scornful attack against the deputy president terming him unfit to lead Kenya.

Moreover, the head of state noted that his falling-out with DP Ruto was inevitable. He further mocked his deputy, categorically stating that he too had changed his mind.

According to president Uhuru while alluding to Ruto’s performance in the presidential debate, he had changed his mind on Value Added Tax on fuel because only fools do not change their minds.

Furthermore, president Kenyatta dismissed Ruto’s claim that their falling-out was caused by his handshake with Azimio’s Raila Odinga.

Likewise, the head of state defended his decision to delegate some duties under the Office of the President to Interior Cabinet Secretary Fred Matiang’i, who he appointed Chief Minister by way of an Executive.

Similarly, president Kenyatta urged Kenyans to be peaceful in the final stages of the campaign season to avoid voter apathy caused by violence.

Furthermore, President Uhuru ended his Kisii county tour with a political rally at the Gusiii stadium, where he rallied the Nyanza region to back Azimio la Umoja One Kenya Presidential Candidate Raila Odinga’s bid.