S.Africa Slams ‘Out of Reach’ Climate Aid for Poorer Nations 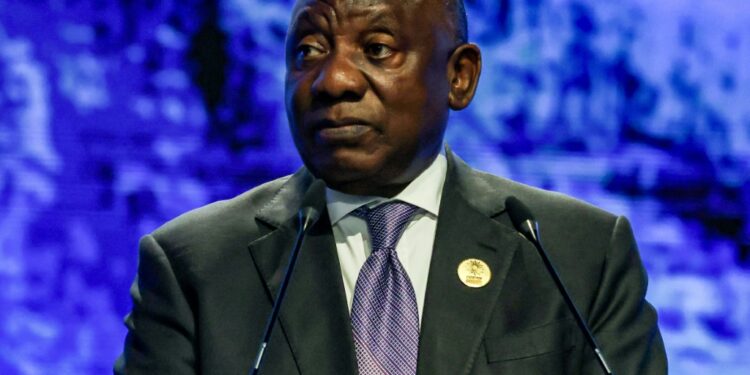 South Africa’s president, whose coal-dependent country is among the world’s top polluters, Tuesday criticized international funders for making it difficult for poorer nations to access aid to fight climate change.

Support from multilateral organizations “is out of reach of the majority of the world’s population due to lending policies that are risk-averse and carry onerous costs as well as conditionalities,” Cyril Ramaphosa told the UN COP27 climate summit.

Addressing the meeting in Egypt’s Sharm el-Sheikh, he said “funding institutions need to transform … the way in which they fund projects that will enable us to develop with regard to climate change”.

According to a UN-backed report released Tuesday, developing countries and emerging economies need investments well beyond $2 trillion annually by 2030 if the world is to stop the global warming juggernaut.

South Africa, one of the world’s top 12 polluters, last week revealed that it will require about $98 billion over the next five years to transition to net zero.

Last year, at the COP26 in Glasgow, Pretoria secured $8.5 billion in loans and grants from a group of rich countries towards its green transition extraordinarily little of which is grant funding.

“We found in the end that only 2.7 percent was grant money, other portions were concessional loans …offered by development funding institutions as well as normal commercial institutions,” Ramaphosa told a news conference after his address.

“More industrialized countries need to live up to the commitments they have made, knowing fully well that they have, through the development of their own economies, contributed a great deal more to the damage that many countries on our continent now labor under,” he told reporters.

The head of state assured the summit that South Africa, which generates about 80 percent of its electricity through coal, was on course to retire several of its ageing coal-fired power plants in the next eight years.

“Because South Africa already carries a fairly sizeable loan burden that it has to service … we require more grant funding” Ramaphosa said.

South Africa will require at least $500 billion dollars to achieve carbon neutrality by 2050, according to the bank.

Raila Defends Government From Blames Over Rising Cost Of Living

The ‘3.5% Rule’: How a Small Minority Can Change the World