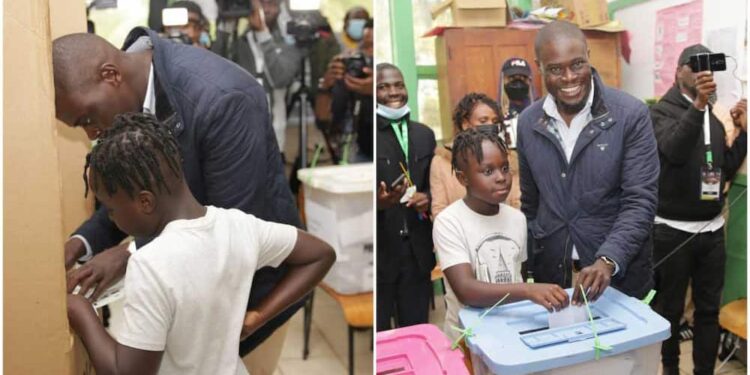 Sakaja claims he has already won.Photo/Courtesy

He says he is only waiting for the official declaration by the Independent Electoral and Boundaries Commission (IEBC).

“We won Nairobi. Ignore the propaganda. They also tried to disrupt tallying throughout the night. They failed. Thank you, Nairobi for the overwhelming support. 56% is not a joke,” the senator stated.

Only  with sub-counties including Kibra and Kasarani having concluded and forwarded the results to the County tallying center at Kasarani.

According to preliminary results, the Azimio-One Kenya is confident of clinching a total of 14 out of Nairobi’s 17 parliamentary seats.