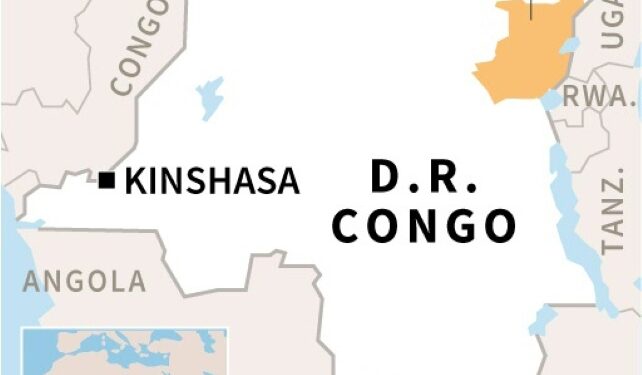 The attack occurred overnight on Sunday in the village of Makugwe, in the Beni area of North Kivu province | AFP

Suspected Allied Democratic Forces fighters have killed at least twenty-three people in an attack in eastern DR Congo, local officials said Monday, in the latest violence in the turbulent region.

The attack occurred overnight on Sunday in the village of Makugwe, in the Beni area of North Kivu province, said local civil society figure Roger Wangeve, who put the death toll at 24.

“The ADF surprised 17 people in a small bar where they were drinking beer, and executed them,” he said.

Wangeve added that militants also looted and torched several homes and shops in the village and carried off several villagers into the bush.

Provincial deputy Saidi Balikwisha, who was in Makugwe during the attack, said 23 were killed and three others are missing.

He urged an increased military presence in the area.

AFP was unable to independently confirm the death toll resulting from the attack.

Colonel Charles Omeonga, the Congolese military administrator of Beni territory, told AFP that soldiers were “in pursuit of the enemy”, who he said were hiding among the local population.

The ADF is one of the deadliest groups in eastern Democratic Republic of Congo, a volatile region which has been plagued by militia violence for decades.

The militia — which the Islamic State group claims as its central African affiliate — has been accused of slaughtering thousands of Congolese civilians and carrying out bomb attacks in Uganda.

On January 15, suspected ADF operatives detonated a bomb in a church in North Kivu, killing at least fourteen people and injuring another sixty-three.