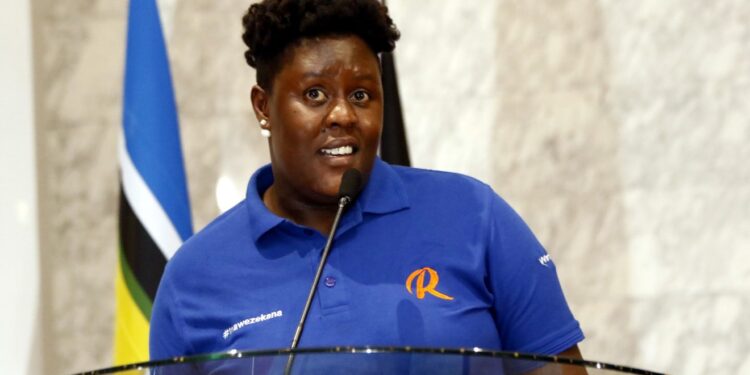 Winnie says GMO's will have adverse effects on Kenyans.Photo/Courtesy

Winnie says that the US influenced the polls in favour of President William Ruto.

“Have you ever worn virtual reality glasses? That is what Kenya is to them. You put it on and you play. Kenya is like a PlayStation to them,” she said.

At the same time, she denied allegations of  sabotaging Raila’s candidature by micromanaging the former premiere’s communication team.

“This is my father and I don’t think anyone worked harder on that campaign than me except him.

“People were there for their own agendas; they were there to sabotage us and do all sorts of things but I prepared him  as best as I could for him to succeed,” she said.

“He is my father; every one can call him ‘baba’ but he is my father. I don’t see any problem with being overprotective.

“When people look back they always look for somebody to blame. As much as I love campaigns, I was hardly on the campaign trail.”

She claims that the rumours were fuelled by her detractors owing to the fact that she led Raila’s campaign communication team brilliantly.

“You’ve heard politicians say I kept him away from them but they were out in the field with him.

“They were with him more than I was and I think it’s a lot of mud-slinging. A lot of people are perhaps threatened because a lot of our skills came out,” she said.

“The campaign was about 80 per cent young people and you know people don’t like being seen as irrelevant or to shape the status quo so perhaps as things are transitioning, they are just trying to silence me but I am going to keep doing what is right for this country.”