Kenya Violence: 5 Key Drivers of the Decades-Long Conflict in the North and What to do About Them 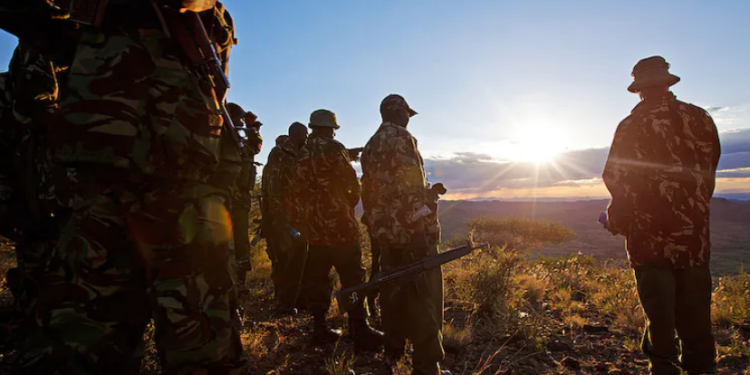 Conflict and insecurity are prevalent in northern Kenya. In recent weeks, cases of bandit attacks in the region have left villages terrorised and led to several deaths. In October 2022, the government launched a multi-agency security operation aimed at curbing further attacks.

Northern Kenya is characterized by a wide expanse of wilderness, harsh climate and low levels of development. The region borders Ethiopia, Somalia, South Sudan and Uganda.

Instances of conflict and insecurity range from attacks by armed bandits and cattle rustlers to community disputes over resources and terrorism. The region covers about 60% of Kenya’s geographical territory.

It is occupied by about 18% of the country’s population.

Pastoralism is the main economic activity. Others include irrigated agriculture, small-scale businesses and tourism-related activities.

The region is largely isolated from the rest of the country due to poor infrastructure, including roads.

According to National Police Service crime statistics, between January and December 2021, 73% of the country’s stock theft raids occurred in the northern region. Over the same period, 58% of the illegal arms recovered and surrendered to the government were from northern Kenya.

The government – past and present – has run numerous operations to address the violence in the region, which threatens Kenya’s overall security. But it hasn’t worked.

As a professor of political science who researches conflict, I’ve had the region on my radar for some time. In my assessment, violent conflict in northern Kenya is driven by five key factors that must be addressed by both state and non-state agencies.

Inequality between regions in Kenya is caused by decades of political, economic, and social exclusion and marginalization. This is a product of colonial and post-colonial state policies that have led to historical injustices and human rights abuses.

In 2010, Kenya decentralised power by allocating funds and responsibilities to its 47 county governments. This was aimed at improving service delivery at the regional level. While this has begun to address northern Kenya’s marginalization, repressive security operations continue to fan inter-group conflicts and radicalization to violent extremism. The use of force in these operations disproportionately targets marginalized communities.

Disputes over land, access to pasture, and conflicts between herders and farmers continue to drive violence in Kenya’s north.

Competition for scarce resources, such as pasture, water and now oil, has worsened these disputes.

Kenya announced it had discovered oil in Turkana County in 2012. Oil exploration has introduced new tensions between resident Turkana and Pokot ethnic groups, and within the Turkana community. Some members of the Turkana believe that the community has not substantially benefited from the resource exploitation.

A rise in crimes like highway robberies is attributed to these communal conflicts.

Power struggles between politicians have fueled conflict along ethnic lines in the north.

Elective political posts are perceived to provide access to economic resources. Devolving power to the counties along with political alliances has helped to decentralize political power and the provision of essential services. However, they have intensified local-level political competition. Politicians incite inter-clan rivalry, escalating tensions and undermining the benefits of devolution.

Cattle rustling and stock theft are partly driven by economic motives. These include a desire to restock herds depleted by a lack of pasture and water during droughts. Cattle rustling also provides an opportunity to make money from trading in stolen animals.

This disrupts community livelihoods, and the use of automatic weapons in raids has led to a high number of deaths. State-led disarmament efforts have had little effect.

5. Proliferation of small arms and weapons

The proliferation of weapons in the region is, to a large extent, caused by cross-border activities.

Kenya’s borders with Ethiopia, Somalia, South Sudan and Uganda are porous and have contributed to the increase in small arms, illicit trade in cattle, terrorism, and other forms of organized crime.

Efforts by the state to manage domestic and cross-border conflicts through repressive disarmament operations have instead increased tensions between borderland communities and the state.

State security agencies have the constitutional mandate to use force to deter and disrupt acts of violence that are a threat to national security. However, their methods are often formal and based on power.

Non-state actors, on the other hand, adopt informal methods that are widely accepted in local communities. They are based on mutual trust and are therefore seen as more legitimate.

Both state and non-state actors have the resources, technical expertise, and experience to address the drivers of conflict in Kenya’s northern region. A flexible approach that involves various actors can broadly contribute to good governance and reduce conflict and security incidences.

This approach would entail all parties working together to promote dialogue, education, and peacemaking. It also would include ensuring inclusive political representation in local-level traditional conflict management approaches.

Oscar Gakuo Mwangi is Associate Professor of Political Science in the Department of Political and Administrative Studies, National University of Lesotho. His research interests are comparative politics, especially in the areas of democratization and governance, conflict and security, and environmental politics in eastern and southern Africa.

As tobacco burns out, Malawi looks to cannabis