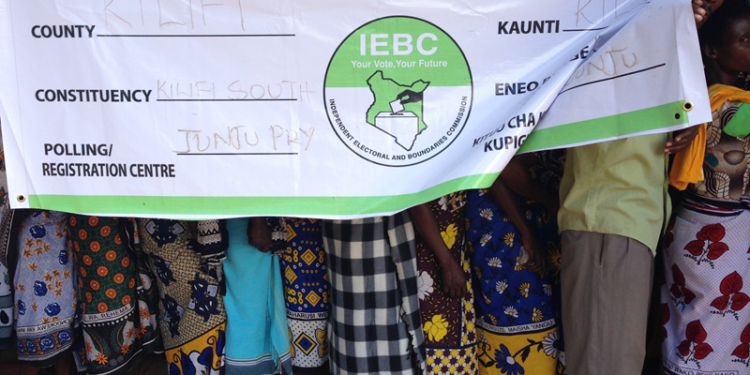 Approaching this year’s election. First of all, let us confirm our voter status via: ‘https://verify.iebc.or.ke‘ or send your ID/Passport number#, Year of Birth, to check your polling station.

Second, do we have the original Identification card or Passport we used to register as voters? This is what is needed for you to cast your vote.

Keep them in your safe custody.

We exercise our sovereign power most indirectly through electing representatives in the national executive, national and county assemblies.

The right to vote is enjoyed by all Kenyans who are above the age of eighteen years. Genuine democratic elections are an expression of sovereignty as stated in Article 1 of the Kenyan constitution of 2010: “All sovereign power belongs to the people of Kenya…the people may exercise power directly or through their democratically elected representatives”.

Our constitution declares that general elections have to be held on the second Tuesday of August every five years.

Voting should start at 6 AM and 5 PM on election day in clearly marked and easy to access polling stations.

By-elections are conducted whenever a vacancy arises in any elective positions as prescribed in the constitution and other relevant Acts of Parliament.

A referendum vote is held as the need arises to ask the electorate to give their opinion about or decide on an important political or social question.

Some Kenyans in the diaspora and prison vote for the president only.

On election day, voters are encouraged to vote early because those who come to poll late will certainly delay the counting of votes.

Campaigning and display of campaign materials is not allowed on voting day, especially at polling centers.

The IEBC must ensure that there are adequate electoral personnel and materials for voters such as ballot papers, ballot boxes, rubber stamps, voting booths, pens, and indelible ink. There should be no destruction, substitution, or removal of election materials from the polling station.

Once one has been identified as a duly registered voter who has not voted at any polling station elsewhere, a voter is issued with duly stamped ballot papers and guided to a polling both to mark in secrecy.

After marking each of the ballot papers, the voter folds up the papers and proceeds to insert each ballot paper in the respective ballot boxes before being guided out after being marked with the indelible marker on their fingers.

Voters who are unable to vote on their own are allowed to come with a voter assistant who is an adult and must sign an oath of secrecy before helping the voter.

The voter assistant is required to only assist one voter during the election and will be marked with an indelible marker on their fingers.

No agent, observer or election official is allowed in the booth when the voter is being assisted.

In cases where a voter requiring assistance has no assistance, they will be assisted by the presiding officer in the presence of agents. No agent or anyone else is allowed to assist any voter.

In such a case where a voter marks a ballot paper incorrectly leading to it being spoilt, the presiding officer issues another ballot paper but not more than twice.

The elections can be postponed or adjourned if proceedings at the polling stations are interrupted by riots, violence, natural catastrophe like flooding or difficulty in administering and managing the polling exercise.

Electors have a right to seek information or assistance only from election officials and leave the polling centre after voting.

Even though voting is not mandatory, you can inspire everyone you know to go to the polls because novelist and short story writer, best known for her historical fiction, Orphan in America,  Nanette  Avery once said, “talk is cheap, voting is free, take it to the poll”.

I Am My Own Man: Igathe States During Nairobi Gubernatorial Debate