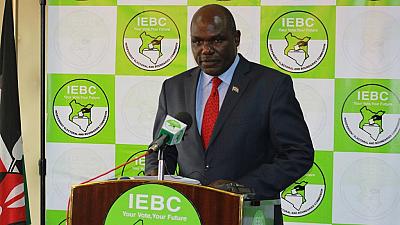 Big names have dominated the list of 669 applicants who expressed interest in the four vacancies at the Independent Electoral and Boundaries Commission.

The Selection Panel for the Appointment of Commissioners published the names and qualifications in what is now the start of the process to have a fully functional electoral agency.

Panel chairperson Elizabeth Muli said her team will now embark on shortlisting the applicants then invite memorandums from the public on the suitability of the candidates.

Muli, who last week announced that over 700 applications were received by the panel, clarified that some individuals sent multiple applications, which were identified during collation, hence the reduced numbers.

It is established that the panel is looking for one male and three female commissioners to replace the four who left.

According to the panel’s timeline, interviews for the shortlisted candidates will be conducted for five days from May 31 to June 4.

Last week, Muli said the timeline could slightly vary given the number of candidates.

The panel hopes to settle on the successful candidates and forward the names to President Uhuru Kenyatta on or around June 9.

“The selection panel reiterates that the timelines it has provided are provisional and ambitious but are also achievable,” Muli said.

The IEBC is currently operating with three commissioners after the exit of four others after the 2017 general election. The three are chairman Wafula Chebukati, Boya Molu and Abdi Guliye.

Those who resigned are Roselyn Akombe, Paul Kurgat, Margaret Mwachanya and Connie Maina.

Governors' intent to meet, and discuss on lingering impeachment threat