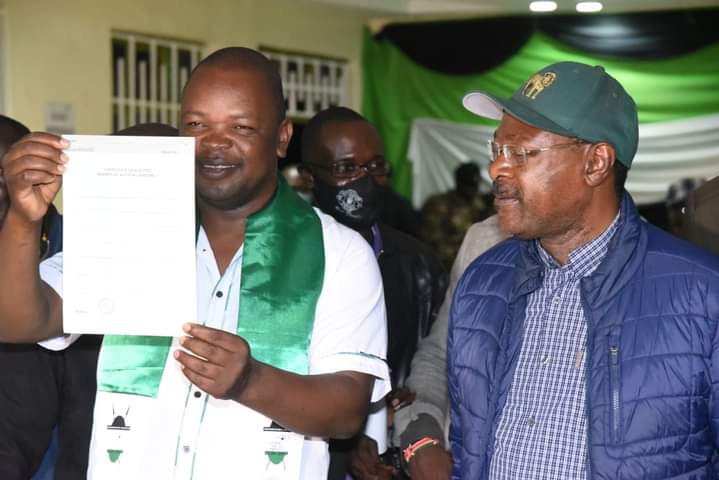 Ford Kenya’s Majimbo Kalasinga was declared the winner in the Kabuchai, Bungoma parliamentary by-election, after he won by a landslide, on Thursday, March 4.

Through this, Ford Kenya leader Moses Wetangula was posed to cement his dominance in Western Kenya politics with a decisive win in Kabuchai.

Kalasinga, the new MP, lost to the late John Lusweti in 2017, when he ran under the Jubilee Party.

Oscar Sudi Impressed by the By-elections in Matungu and Kabuchai