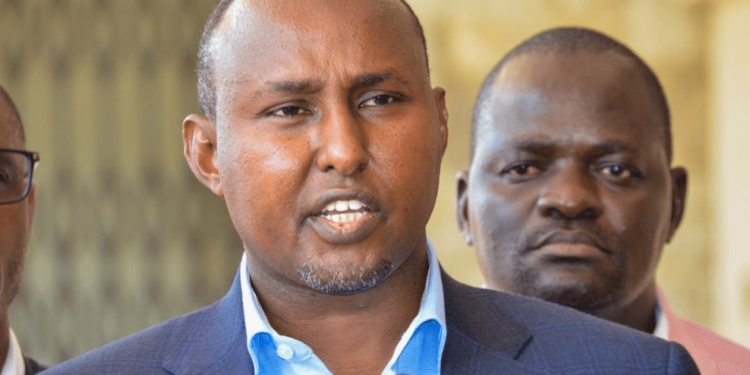 981
SHARES
3.3k
VIEWS
Share on FacebookShare on TwitterShare on WhatsApp

Pro-BBI MPs say the overwhelming vote in support of the BBI on Thursday night can be surmised as the death of Deputy President William Ruto’s Tangatanga movement.

The leaders further hold that the vote which went well towards midnight had “demystified claims by the Ruto wing has the numbers.”

They held that Ruto’s should be worried having bagged no vote from Nyanza, Coast, and performed dismally in areas where he has claimed massive support such as Central.

The pro-BBI lawmakers said the support by 235l00 members in the third reading of the bill0 should worry state officers, being the number required to uphold an impeachment motion.

“Yesterday, according to me was the death of Tangatanga politically. The choice was between wheelbarrows and prosperity; between this bottom-up something and unity,” Junet said.

He said the DP’s performance is waning by the day and the fact that 83 MPs voted in the first round and only 63 in the second round “must ring a bell that things have changed.”

“These numbers can lead to other things. These numbers can make someone lose his job. We don’t want to go that direction because we want to focus on peacebuilding and bringing Kenyans together,” Junet said.

The BBI secretariat co-chairman said they now expect the Senate to conclude so that they plan the referendum.

“For those who doubted that there would be no referendum in this country, the answer was last night,” he said.

“We had been intimidated by people who have been claiming they have numbers only for this to come out as a hoax…a hoax in the sense that the numbers we registered are a reflection of what this country is made of,” Maore said.

In a new twist to the debate, the Igembe North MP said Jubilee MPs who voted against the bill – more so those from Mt Kenya should be punished.

“It is incumbent on President Kenyatta to crack the whip on his troops who seem to be wandering, cheap and petty to ensure he brings in discipline,” he said.

Several MPs from Embu, Tharaka Nithi and five of the 11 Meru lawmakers voted against the bill which is a product of President Kenyatta and ODM leader Raila Odinga’s handshake.

“The MPs who voted against the president’s project should ask people on the ground whether they would have survived without hanging on Uhuru’s coat,” he said.

For his part, Kimunya said: “The good thing we now know they are the minority and are not thinking on behalf of the people. The two-thirds majority that was experienced here tells you the will of the majority.”

He pointed out that people voted based on interest, citing the case of Bahati MP Kimani Ngunjiri who pulled a surprise by supporting the bill.

“People vote based on the interest. How do you expect MP Ngunjiri –representing Nakuru which is getting an extra five constituencies to say no to the benefits going to Nakuru?” he asked.

He said they would reach out to the naysayers “to show them the light so that they join the promoters by the time the country holds a referendum.”

Keynan, for his part, said: “What happened yesterday is a clear reflection of what Kenyans want. I sat with one of the persons who have been opposing the BBI, and he said the ground has changed.”

He told off “prophets of doom who were yapping that pastoralists will vote against the BBI”.

“Only two people opposed BBI. People have read this document. I want to tell prophets of doom that we are not fools. Shame on you (them),” the Eldas MP said.

Mumias East MP Benjamin Washiali said that the voting pattern doesn’t mirror Ruto’s support or the lack of it.

“The vote was not informed by the politics of 2022 but what each individual saw as benefiting his constituents. I would have done the same,” the MP said.

Akothee Comes To Omosh’s Rescue, Says She’s Willing To Help Sort His Problems Once And For All