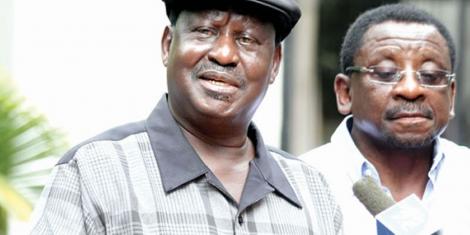 Speaking during former Kibwezi MP Kalembe Ndile’s burial on Friday June 11, Odinga reminded Mutunga of a 2013 ruling where he dismissed his petition in favour of Kenyatta whom he affirmed to have been validly elected.

At the time, the CJ stated that Odinga failed to offer enough evidence of malpractices to overturn the presidential election results.

“In 2013, we went to court and took all the evidence that we had but the CJ said that it was late. Right now, he is saying that there is no justice, yet he was not just in 2013,” Odinga stated.

Following the ruling, Mutunga had been accused of taking bribes to which he denied.

“For me, the most hurtful allegation was that I had been bribed in the Presidential Petition,” he had stated.

The former prime minister maintained that he won the election but respected the court’s ruling.

“In 2017, the courts did the same thing, we did not lose but we respected their decision,” Odinga stated.

Odinga also urged Christian leaders to shun from politics going on to say that ‘nobody could stop the BBI reggae.