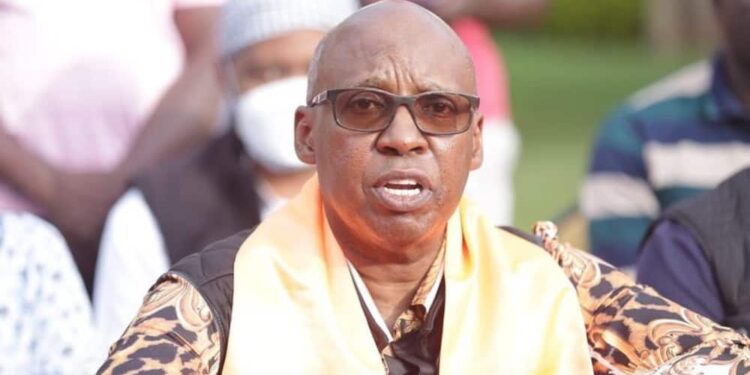 Jimi Wanjigi has challenged president Ruto’s government to set its priority right and effectively address the drought and hunger situation experienced in some parts of the country.

While addressing mourners in Ugenya constituency on Saturday, November 5, the former Safina Party Presidential candidate stated that even though the Ruto-led government inherited challenges, it should not be a reason for them not to address hunger.

Wanjigi further urged the Kenya Kwanza government to come up with mitigation measures to avert drought currently experienced in parts of the country.

According to him, the Special Service Unit meted out untold atrocities to many Kenyans in Nyanza and Nairobi regions in 2017. He further added that the reforms will make sure police remain responsible and accountable in-serv: Wanjigi ice delivery.

Also Read: Wanjigi Loses Bid to Compel IEBC to List his Name on the Ballot

The Siaya governor said the move is a clear indicator of President Ruto turning his back on the promises made to Kenyans during his campaigns.

According to Orengo, the pilots’ strike that has seen thousands of passengers stranded at the airports could have been averted if the Kenya Kwanza government were committed to serving Kenyans.

Moving the Maasai: Tanzania is repeating Kenya’s colonial past