The portrait is one of the first exoplanets that the Webb telescope has examined since it began its regular science operations. 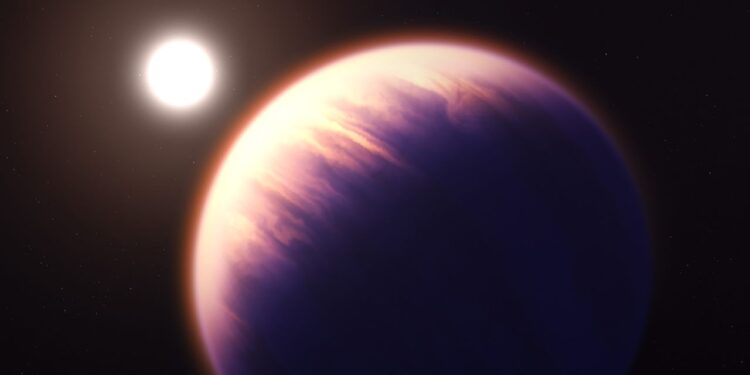 Latest development from The James Webb Space Telescope suggests that the organization has captured “detailed molecular and chemical portrait of a faraway planet’s skies.”

WASP-39b, also known as Bocaprins, was seen orbiting a star some 700 light-years away. According to NASA the portrait is “an exoplanet — a planet outside our solar system — as massive as Saturn but much closer to its host star, making for an estimated temperature of 1,600 degrees Fahrenheit (871 degrees Celsius) emitting from its gases.”

Baptised the “hot Saturn”, the portrait is one of the first exoplanets that the Webb telescope has examined since it began its regular science operations.

“The new readings provide a full breakdown of Bocaprins’ atmosphere, including atoms, molecules, cloud formations (which appear to be broken up, rather than a single, uniform blanket as scientists previously expected) and even signs of photochemistry caused by its host star,” writes Taylor Nicioli.

Natalie Batalha, an astronomer at the University of California, Santa Cruz, who played a big role in coordinating the new research said in NASA press release: “We observed the exoplanet with multiple instruments that, together, provide a broad swath of the infrared spectrum and a panoply of chemical fingerprints inaccessible until (this mission),” said “Data like these are a game changer.”

According to Nicioli, “the new data provided the first sign in an exoplanet’s atmosphere of sulfur dioxide, a molecule produced from chemical reactions triggered by the planet’s host star and its high-energy light.”

Nestor Espinoza, an astronomer at the Space Telescope Science Institute, was quoted as to saying: “This is just the first out of many exoplanets that are going to be studied in detail by JWST. … We are already getting very exciting results.”

Jalang’o Distances Himself from Diana Marua, Denies Ever Chewing Her