Wreck of Titanic Detected 4,000 Meters below the Surface

Researchers went to the blip’s previously recorded location to search for the mysterious object it represented. 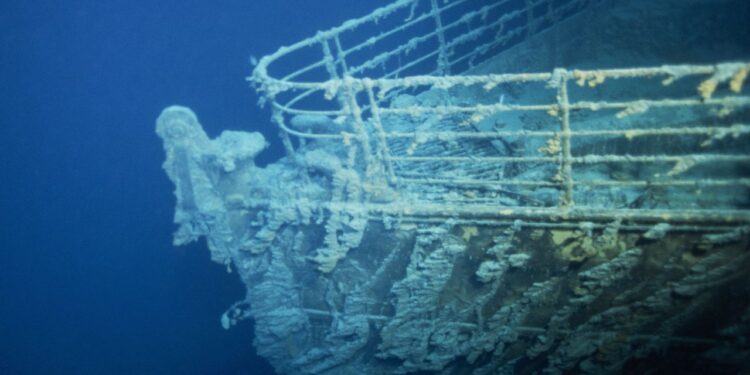 A sonar blip detected around 26 years ago has detected the wreck of the Titanic sitting “in two parts at the bottom of the North Atlantic Ocean, slowly decaying nearly 4,000 meters (13,000 feet) below the surface.”

However, the sonar blip shows, the wreck is not alone; “there’s much more to the underwater area than previously thought.”

First picked in 1996 by P.H. Nargeolet, a veteran Nautile submersible pilot and Titanic diver, the origins of the blip on echo sounding equipment have largely remained unknown.

In an expedition to the Titanic shipwreck earlier this year, CNN reports, Nargeolet and four other researchers went to the blip’s previously recorded location to search for the mysterious object it represented.

“Due to the blip’s magnitude, Nargeolet had believed he was looking for another shipwreck — he instead found a rocky reef, made up of various volcanic formations, and thriving with lobsters, deep-sea fish, sponges and several species of coral that could be thousands of years old,” Taylor Nicioli writes.

“The marine life was so beautiful. It was really unbelievable, because I was never expecting to see that in my life,” Nargeolet has been quoted as to saying.

Murray Roberts, a professor of applied marine biology and ecology at the University of Edinburgh, says the development is “biologically fascinating.” “The animals that live there are very different to the animals that are found otherwise living in the abyssal ocean… “(Nargeolet) did a really important piece of scientific work. He thought it was a shipwreck, and it turned out, in my mind, even more amazing than a shipwreck,” he offers.

The researchers, according to CNN, are currently working on analyzing images and videos taken of the reef during their dive, and they intend to share their findings to improve the scientific community’s collective knowledge of deep-sea life.

CBK Survey to Reveal Breaches in Consumer Rights by Banks