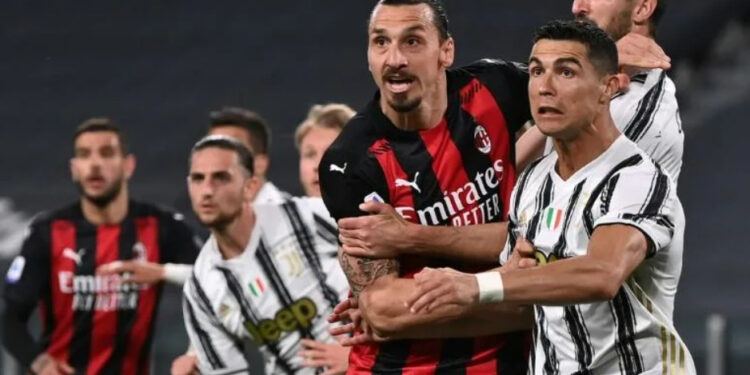 Zlatan Ibrahimovic (C) picked up the injury playing against Cristiano Ronaldo's (R) Juventus on May 9.

Sweden international Zlatan Ibrahimovic has undergone successful surgery on a knee injury which ruled him out of Euro 2020, club side AC Milan confirmed on Friday.

“Ibrahimovic underwent an arthroscopic (procedure) to his left knee in Rome,” AC Milan said in a statement, adding that “the procedure was a success.”

“Zlatan is doing well and will start his rehabilitation immediately.”

Heis expected to be sidelined for another two months, according to reports in Italy.

Recovery times after this type of procedure are estimated at one month to get back running and a further month to be able to play.

Ibrahimovic could be back on the pitch just in time for the start of the new season on August 21-22.

The forward had returned to his national side last March nearly five years after his international farewell.