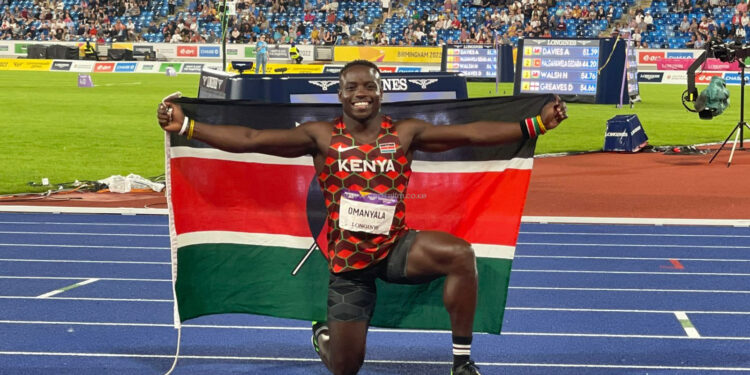 Ferdinand Omanyala has won the gold medal in the men’s 100metre final at the Commonwealth Games.

The 26-year-old champion’s victory makes him the first ever Kenyan in 60 years to win the Commonwealth Games 100m title.

Similarly, the first and only Kenyan to win the 100m sprint before Omanyala was Seraphino Antao.

Moreover, Omanyala finished at 10.02secs to clinch his first ever global title after reaching the semis in his previous three attempts.

Furthermore, the Kenyan 100m champion was clean on the take-off, taking charge of the race from the start and with his traditional burst in the final 50m.

This win marks Omanyala’s medal in his very first final, having missed out at the Tokyo Olympic Games, the Indoor Championships and the World Championships last month, where he reached the semis.

Nonetheless, the Commonwealth gold is a big reward for the athletics champion especially after the woes that befell him preceding to the World Championships in Oregon, where he arrived just three hours to his race.

Kenya’s Young Voters Have a Dilemma: They Dislike Ethnic Politics but Feel Trapped in It

Police: Foreigners Arrrested As Proper Procedure Was Not Followed In Transporting Election Materials