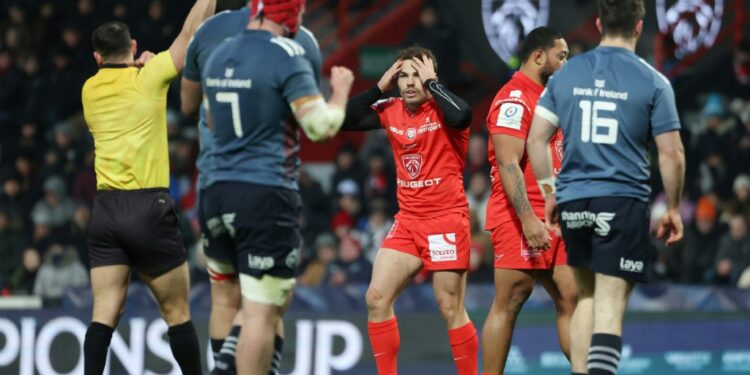 522
VIEWS
Share on FacebookShare on TwitterShare on WhatsApp
Former winners Leinster and La Rochelle ended top of their groups thanks to impressive victories this weekend, but questions remain with South African sides taking part for the first time.

The inclusion of three South African teams in the Champions Cup raised eyebrows among traditional followers of the sport as the competition lost its European exclusivity.

During the pool stages, the Stormers travelled 30 hours to Clermont and Bordeaux-Begles took 24 hours to get to Durban to face the Sharks, raising questions over player welfare, the environmental impact of the flights and the lack of away support, a huge part of the competition’s history.

Last week, it was announced that if the South Africans were to reach the semi-finals, on the weekend of 28/29/30 April, they would have to play away from home, following an agreement between the tournament organizers, European Professional Club Rugby (EPCR) and South Africa Rugby.

Financially, the South African teams have added a sizeable television rights deal to EPCR, which has struggled to attract the big money sponsorship deals of domestic leagues, such as the Top 14.

The Stormers and the Sharks secured home ties in the last sixteen and the Bulls also advanced, justifying their presence as whispers continue about the South African national team’s inclusion in the ‘European’ Six Nations.

France are the reigning Six Nations champions, starting the defense of their title next month, and are second in the world rankings and contenders for the Rugby World Cup on home soil later this year. Yet this season, French clubs have so far failed to live up to expectations in cross-border competition.

The two past Champions Cup winners have qualified for the last sixteen with Top 14 holders Montpellier also through, but the five other French sides have been knocked out with Bordeaux-Begles and Castres finishing winless.

The biggest disappointments were Racing 92 as the three-time finalists managed just one win and suffered two heavy defeats to Leinster, one of the tournament favorites with the final at their second home of Lansdowne Road in Dublin on May 20.

The format of two groups of twelve, with teams playing just four games each, was introduced in 2020 on a temporary basis due to Covid-19 concerns.

Tournament organizers have opted against returning to the old system of six groups of four teams with home and away ties despite the decreasing impact of coronavirus.

Some have criticized the current model, claiming it is difficult to follow and have pointed out that all but four of the sides in the Champions Cup qualify for either the tournament’s last sixteen or the second-tier Challenge Cup’s next round.

Apart from a few hammerings dished out by the competition’s front-runners Leinster, Toulouse and La Rochelle, most games have been closing with some surprising results from the likes of the Ospreys, the Stormers and Edinburgh.

Waititu’s graft case to proceed despite his health condition