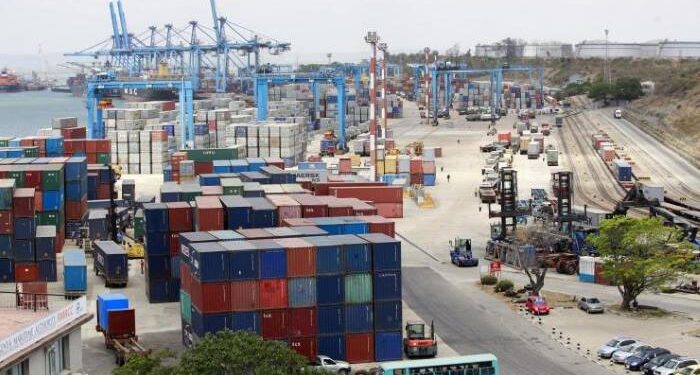 President William Ruto moved to fulfill his campaign promise of reverting operations of port services back to the port of Mombasa.

In his inauguration speech, Ruto said he would issue a directive to revert port operations “so as to restore thousands of lost jobs to Mombasa.”

“This afternoon, I will be issuing instructions for clearing of goods and other operational issues to revert to the port of Mombasa as I made a commitment to Kenyans. These will restore thousands of jobs,” the President said at Kasarani Stadium.

During his campaigns, Ruto had promised to prioritize the return of port services to Mombasa in his first 100 days in office.

Ruto alleged leaders went against the agreement that was signed during construction of the Standard Gauge Railway and transferred port operations to Naivasha and Inland Container Depot (ICD) in Nairobi.

According to President Ruto, the initial plan of SGR was to create more jobs and bolster economy through special economic zones, but individuals hijacked the plan midway, leaving the city almost like a “ghost town.”

Mombasa’s economy has been on its knees, especially following the death of clearing and forwarding business and closure of Container Freight Stations after the introduction of new cargo clearance policy, requiring all cargo destined for Nairobi and beyond, be evacuated via SGR and cleared at the ICD depot Nairobi.

Stivo Simple Boy Asks Girlfriend To Up Her Game, Confirms Women Want To Snatch Him

Elderly Woman Trampled To Death By Elephant In Narok