UASU Want the Govt’ to Involve Them When Improving Education System 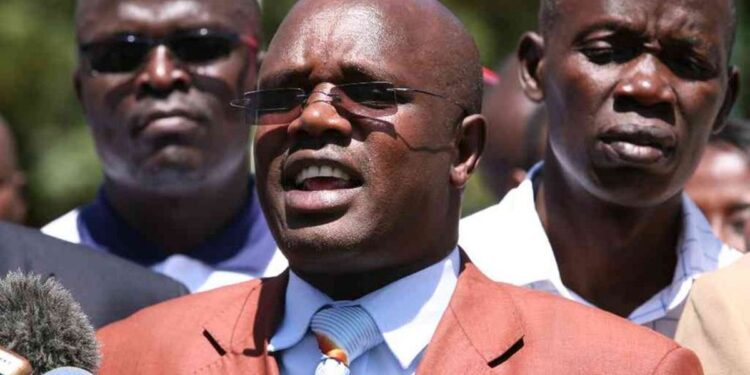 University Academic Staff Union (UASU) secretary general Constantine Wesonga has said education experts should be involved when critical decisions in the sector are made.

While speaking to the media on Tuesday, January 17 at the Human Rights Commission offices, Wesonga stated that a dysfunctional education system will lead to the destruction of the nation.

“As a country can we sit and reason together because destroying a country is very easy, just destroy the education system,” Wesonga noted.

Moreover, UASU said they will not allow education in the country to be compromised.

Likewise, Wesonga questioned the preparedness for the transition to Grade 7 under the CBC curriculum.

The UASU secretary general noted that there are a few days remaining until school reopening, yet teachers, parents and learners are confused about joining junior secondary school.

“I am an educationist, and I don’t understand this CBC, yet I studied up to PhD level,” Wesonga said.

According to him, more consultation should have been done concerning the implementation of junior secondary.

“Even our deans in the universities have never been called to give their views on CBC,” He added.

He added that if the country should re-introduce the 8-4-4 curriculum if it is not ready to implement CBC.

“What was wrong with 8-4-4. If CBC is not ready, why can’t we continue with it because we understand it. We have a system in place if we are not ready for CBC, ” Wesonga said.

The UASU secretary general also urged the Ministry of Education to ensure effective and widespread consultation with relevant players in the education sector and public participation when making decisions.

“Can we sit down and reason, we don’t lack experts in education,” he said.

President Ruto Says There Was an Attempt to Abduct, Kill Chebukati