Raila Says He Will Include Mudavadi In His Government 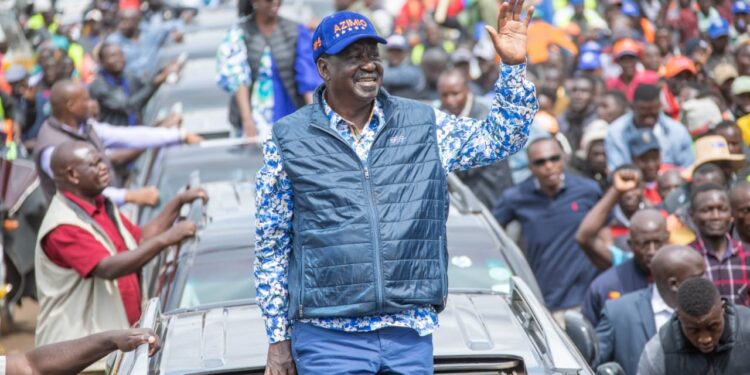 Speaking in Vihiga, Raila said he was interested in working with Mudavadi in his administration.

“He is my son when we go to the government, I will call him,” he said.

Raila says he wanted Mudavadi to be on his side, but he was afraid again and got pulled to the other side.

However early this year, Mudavadi ruled out the possibility of working with Raila

He was promised the Chief Cabinet position

He had accused Raila of  seeking self-preservation and being a cunning individual.

“The patterns are only well known and predictable. They have lost frequency and network. We have had enough of these self-preservation schemes. We are tired. Enough is enough. Let us not lie to each other we will not work with you,” Mudavadi said.

“We had trouble with untrustworthy persons before and even when we have given them another chance to redeem themselves, they have failed miserably by returning to their old mischief.”

“It is true that after all, bad manners die hard. We shall no longer countenance the company of those who cannot be trusted. No! Never again.” he added.