The ruling by the high court has been scheduled for Thursday, August 4. 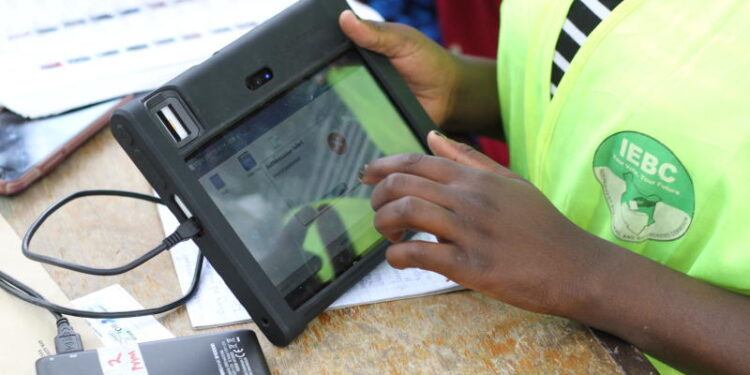 The High court, is expected to make a ruling on whether IEBC will rely on the KIEMS kit as the only mode of voter identification in the August general elections or not.

The ruling by the high court has been scheduled for Thursday, August 4.

Moreover, many lobby groups have challenged the decision of the Independent Electoral and Boundaries Commission to use the KIEMS kit.

Likewise, the petitioners in the case today argued that technology is vulnerable to attack. Hence, relying on the kits poses a risk that voters maybe excluded in the event of technology failure.

He argued that the commission acted within the law in making the decision.  Muleke further added that IEBC can only approve the deployment of printed register.

Similarly, UDA lawyer Elius Mutuma also opposed the petition. He argued that the electoral commission is independent and as such not subject to directions from parties.

Nonetheless, the seven lobby groups through a petition want the court to order IEBC to provide a manual register of voters in every polling station.

According to them, the decision made by the commission and its Chair Wafula Chebukati is not only in violation of the Statute but also susceptible to massive failure which can lead to the ultimate postponement of the General Election.

However, Mutuma urged the court to be very careful not to seem to interfere with the independence of IEBC.

Hundreds of KEMSA Workers to Face The Sack if Negotiations Fail