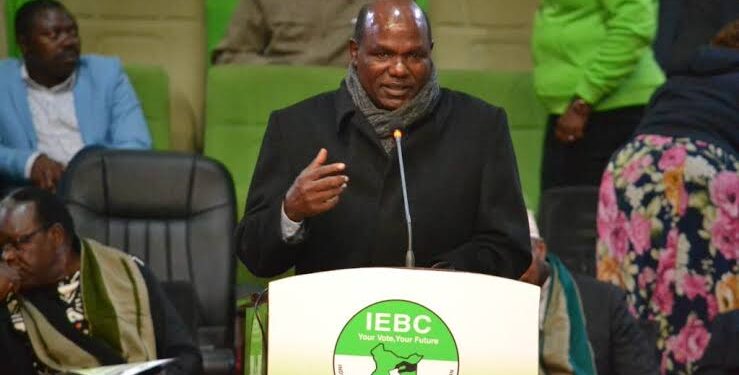 The Independent Electoral and Boundaries Commission (IEBC) has revealed that there will be at least 18, 000 local and international election observers to monitor next the general election.

“As a Commission, we have the duty and responsibility to ensure that observation missions are part of our electoral process. It is indeed our constitutional requirement,” he said.

Chebukati further added that they would clear the application of the remaining 8, 000 observers before Election Day.

In addition, the IEBC chair announced that out of the expected number of observers, close to 1, 300 are international while the rest are local.

“We have more observers than the number of candidates who are participating in this year’s election,” he said.

The European Union Election Observation Mission (EU EOM) is one of the international organizations that has deployed a delegation to observe the general elections.

Furthermore, the observers have been taken through what will be required of them during Election Day.

Besides, approximately 22 million registered voters will head to the polls on Tuesday, August 9 to choose their preferred candidates.

Nonetheless, there are four presidential candidates in this year’s polls. However, there is a tight competition between frontrunners Deputy President William Ruto and former Prime Minister Raila Odinga, who enjoys the backing of President Uhuru Kenyatta.

Other aspirants for the country’s top seat include, David Mwaure and George Wajackoyah.