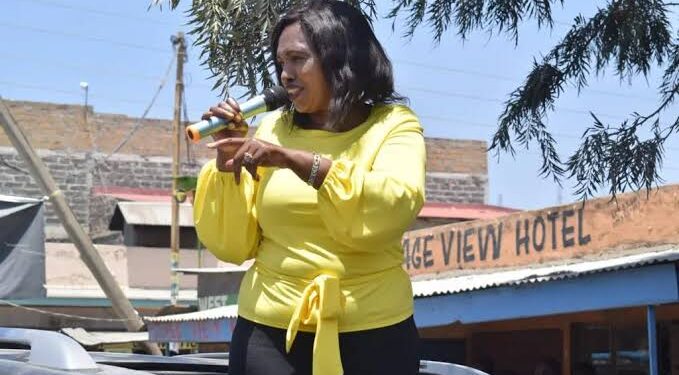 Karanja was vying for the senatorial seat on a United Democratic Alliance (UDA) party ticket and garnered 442,864 votes.

Moreover, Karanja won against her main opponent Lawrence Karanja of the Jubilee Party who acquired 163,625 votes.

Likewise, while addressing supporters in Nakuru after collecting her nomination certificate, the Keroche CEO lauded residents for turning up to vote in large numbers to elect her into office.

She further added that she will put her focus on bettering the affairs of Nakuru county.

Nonetheless, Karanja was accompanied by her husband Joseph Karanja, while picking her nomination certificate.

“I owe the Nakuru people my service since they have elected me.  I promise that I will work for you and thank you for trusting me. I will not let you down,” said the Keroche CEO.

Moreover, she added that she purposes to represent all Nakuru people and their interests at the national level through the senate.

Likewise, other aspirants who went against Tabitha Karanja to succeed Susan Kihika  were independent candidates Koigi Wamwere who garnered 6,335 votes, Chrispus Wathimba who got 2,638 votes, and Michael Wechuli of ANC who scored 2,580 votes.