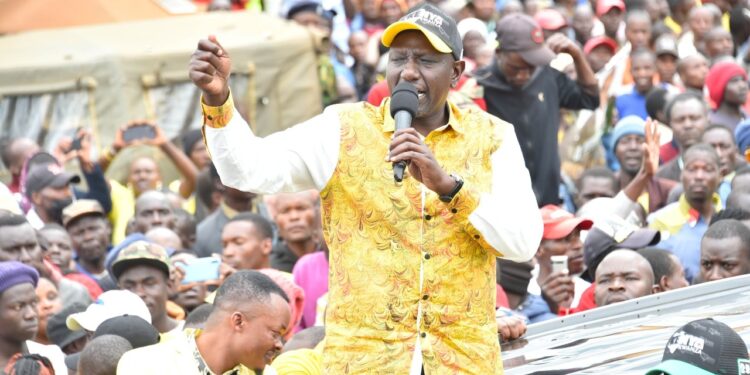 DP Ruto has linked the Office of the President to the spread of hate leaflets.Photo/Courtesy

In a letter dated Saturday, July 30, UDA national chief agent, Kithure Kindiki, alleges that President Uhuru Kenyatta is planning to use public officers to interfere with the elections

Kindiki says that police officers and national government administrators were being used to compromise the August 9 votes in favour of Azimio La Umoja’s Raila Odinga.

“We have received credible information that the Office of the President is deploying police officers to intimidate and harass voters to support the presidential candidate for Azimio,” the letter read in part.

The letter also alleges voter bribery by administrators on the election date as part of the rigging scheme to compromise voters in Kenya Kwanza strongholds.

“We have also reliably learnt that the public officers may be deployed by the state to induce voters and in some cases intimidate them by compromising the peace on the election day.”

Ruto wants IEBC to investigate the claims to uphold the credibility of the August 9 polls.