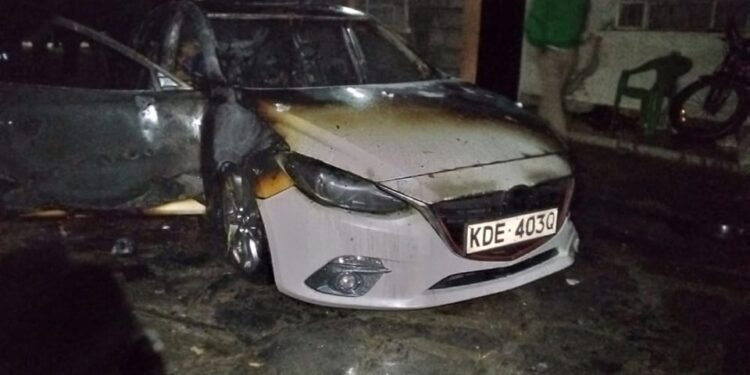 The attack came days after Sadja defied the party and backed the Wiper candidate for the Machakos gubernatorial race.

CCU is fronting Nzioka Waita for the Machakos top job

The attackers also destroyed water tanks in the compound.

“I have just been informed that a car belonging to the CCU Secretary General Phillipe Sadja has been torched at his home in Machakos,”Wavinya said in a Facebook post.

“The assailants have also destroyed water tanks in the compound. Curiously this is coming a week after he jumped ship from our opponent’s camp and boldly decided to support my candidature,” she added.

Wavinya called on the Directorate of Criminal Investigations (DCI) detectives to take up the matter and unmask the perpetrators.

Wavinya and Waita are embroiled in a bitter battle for the Machakos governorship.

They are both seeking to succeed outgoing governor Alfred Mutua.

Mutua has thrown his support behind Wavinya after his party’s candidate withdrew from the race.