by Carolyne Rabut
in Conflicts, News
0 0
0 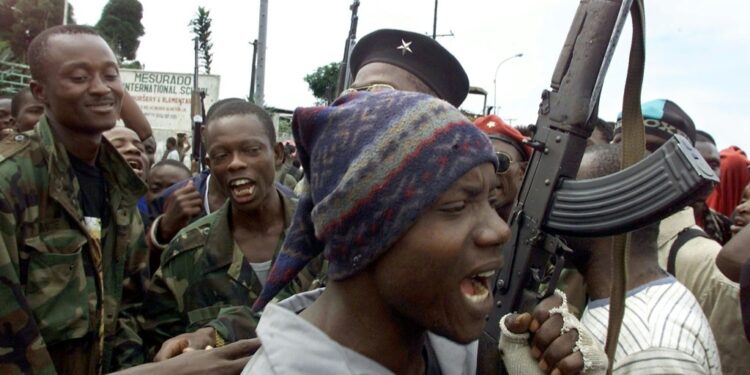 A Liberian accused of having been a rebel leader during the deadly civil war that tore his country apart has been arrested in the United States, suspected of hiding his past to obtain a residence permit, authorities told AFP on Tuesday.

Laye Sekou Camara, also known as “K1” and “General Dragon Master,” was arrested on Saturday at JFK International Airport in New York, a spokeswoman for the US attorney’s office in Pennsylvania told AFP in an email.

Camara, who arrived in the United States in 2011, is accused of failing to disclose that he had been “a high-level commander” of the Liberian rebel group known as Liberians United for Reconciliation and Democracy (LURD) when he filled out the forms to obtain a residence permit, giving him access to a green card.

LURD was active during Liberia’s Second Civil War, from 1999-2003. The conflict was “known for its atrocities, many of which were perpetrated by LURD rebels,” according to the affidavit detailing the charges against Camara.

Authorities allege that Camara is recognizable in archival footage, and former US ambassador to Liberia John Blaney and a former defense attache have confirmed that they negotiated directly with him during the war.

No extradition is planned and the suspect has yet to be brought before a Philadelphia court to decide whether to remand him in custody.

To date, no one has been prosecuted or convicted in Liberia for crimes committed during the civil war, which left tens of thousands dead and was marked by numerous massacres.

A few trials have taken place or are pending in Switzerland, Finland or France, but many of the personalities involved in the conflict still hold important economic and political positions in Liberia.

“Our office is committed to holding accountable alleged combat commanders who lie about their wartime conduct to obtain safe haven in the United States,” said the US attorney from Pennsylvania, Jennifer Arbittier Williams.

Ibrahimovic to play on 'as long as possible' for Sweden