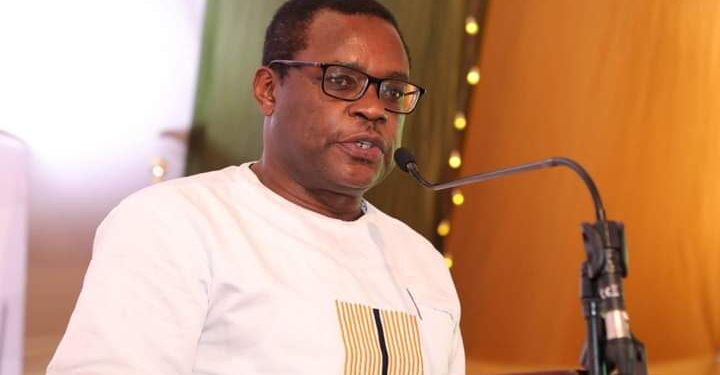 Senate Speaker Kenneth Makelo Lusaka has been sued by a woman seeking Ksh.200,000 per month in support for her unborn child.

The woman is also seeking an order requiring the Speaker to pay a lump sum amount of Ksh.25 million if he is unable to meet his monthly obligations of Ksh.200,000.

She alleges that, as the father of the unborn child, he has refused to fulfil his obligation to support her by providing for her and the unborn kid’s necessities.

“That the respondent despite being a man of means, has refused and ignored to take care of the applicants’ pre-natal clinics necessary to ensure the wellbeing of the unborn child perhaps in the hope of stressing the applicant and causing a miscarriage of their unborn child,” reads the court documents.

She claims that she has been dealing with pregnancy difficulties that could endanger her unborn child’s life, and that Lusaka has continually refused his association with her despite the fact that he is well aware that they have been having unprotected carnal knowledge together for years.

“Parties have been having a jolly intimate affair punctuated with several instances unprotected carnal knowledge since the year 2018 up until about two months May 2021 when they disagreed strongly after the applicant disclosed that as a consequence of their unprotected sexual encounters, she had conceived a child,” reads court papers

TBT: Ida Odinga Shares Photos, Memories on Why She Named Her Daughter Winnie