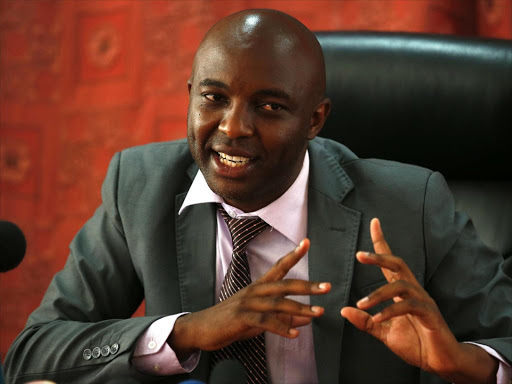 A man has been arrested by the Director of Criminal Investigation (DCI) in connection to the threats being issued to Muranga Senator Irungu Kangata.

According to Serious Crime Unit boss Obadiah Kuria, the arrest was made on Friday evening, January 15, 2021.

“It’s true we have arrested him. The suspect allegedly sent him threatening messages, and we intend to investigate further before preferring charges on Monday,” said Kuria in a press statement.

Kangata who had feared for his life applauded the investigators for the good job they had done in ensuring that his safe.

“I feared for my life. I had to switch off the phone since I did not know what awaited me, apart from the threats. I was also under undue pressure due to my decision to penning a letter to President Uhuru,” he stated.

The Senate Majority Whip had raised an alarm over the life-threatening messages and forwarded them to the authorities.

Waiguru nominated as an Amujae Leader in the Ellen Johnson Sirleaf (EJS) Presidential Center for Women and Leadership.