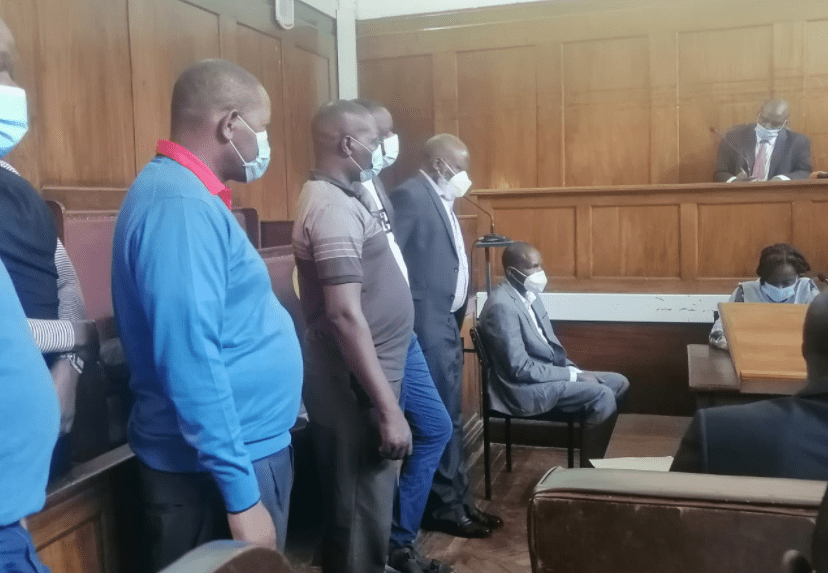 Boaz Okoth and thirteen other suspects to their plea before Chief Magistrate Peter Gesore, where they denied eleven counts relating to graft allegations.

Magistrate Gesore said he will give a ruling on bail terms today morning given that they arrived late in court for plea taking.

He said the courts had closed and offices processing bail terms were not in operation at the time, ordering the suspects to be remanded in various police stations in Kisumu.

The accused are facing 11 charges including conspiracy to commit an offense of corruption, fraudulent acquisition of public property, failure to comply with procurement laws, management of public funds, and abuse of office.

Arrests by the EACC

The speaker alongside the thirteen members was arrested yesterday arrested by detectives attached to the Ethics and Anti-Corruption Commission (EACC).

The arrests come more than two weeks after the Office of the Director of Public Prosecutions (ODPP) announced an arrest warrant for at least 15 suspects in the corruption cases at the assembly.

In September, the county speaker had on numerous occasions claimed that his life was in danger and even failed to table an impeachment motion against the county’s Governor Okoth Obado.

At around the same time, the speaker’s bodyguards had been withdrawn while his house in Kisumu was attacked by thugs.

Body of Decomposed Man Believed to be Kenyan Found in Pennsylvania