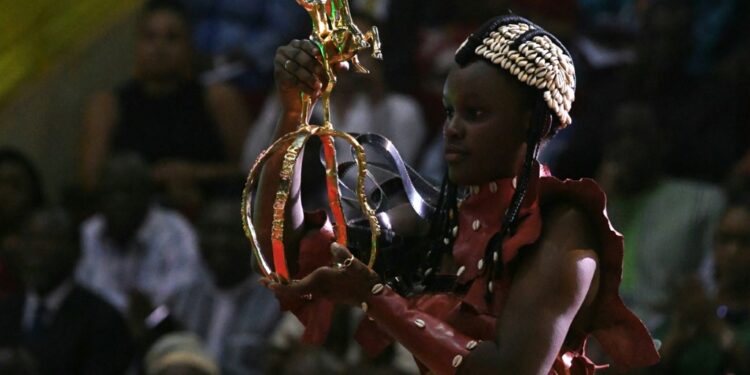 The Golden Stallion of Yennega, the top award in the FESPACO movie festival, is named after a creature in Burkinabe mythology | AFP

Launched in 1969, the Pan-African Film and Television Festival of Ouagadougou (FESPACO) draws thousands of movie fans and professionals from across the continent.

It is also closely followed by the US and European movie industries, which scout the event for new films, talent, and ideas.

A total of 170 films are competing across eleven categories in the February 25-March 4 event, including short film, documentaries, TV series and animation, FESPACO said.

Under festival rules, films chosen for competition must be made by Africans and produced in Africa.

This year’s theme is “African cinema and culture of peace” an invitation, say the organizers, to reflect on how movies can encourage reconciliation in troubled times.

FESPACO’S host country Burkina Faso is in the grip of a seven-year-old jihadist insurgency that has killed thousands of people and driven around two million from their homes.

Following are the feature films vying for the Golden Stallion of Yennenga — a trophy named after a beast in Burkinabe mythology:

– “Our Lady of the Chinese Shop”, Ery Claver (Angola)

Mwendwa Re-Arrested Barely 24 Hours After He Was Set Free