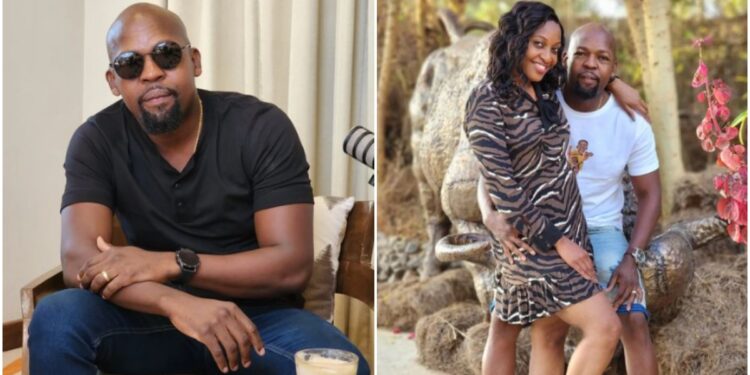 Radio guru Alex Mwakideu has opened up about one of the worst moments of his life.

The Milele FM radio presenter has disclosed that a social media scandal nearly ruined his marriage, relationships, and life in general.

Alex Mwakideu revealed that YouTuber Edgar Obare’s expose of him, and his friends was one thing he wishes he could forget as it brought him a lot of pain and suffering.

Speaking during an interview with Mwende Macharia on her Podcast, Alex Mwakideu refuted claims that indeed him and his boys’ club used to sleep around with multiple women during their ”Porini” road trips and camps.

It should be noted Edgar Obare had earlier exposed Mwakideu’s group Porini and Jalangó’s group Boys Club online and painted them as promiscuous men who love alcohol and sharing women.

Alex Mwakideu said they were innocent, but the damage had already been done and left them in so much trouble with their families and bosses.

According to Mwakideu, his wife was not happy about the expose, and it took the radio host a lot of time to convince her he was innocent.

The radio host went on to note that his in-laws too were not happy, and their relationship was strained because of the Edgar Obare expose.

“That person messed me up. That expose almost ruined my life. My wife was not happy and even her family had issues over it. I thank God I sorted the issue, but it took me a lot of time and sacrifices to convince everyone that I and my boys are innocent,” Mwakideu said.

The media personality also used the opportunity to thank his wife for understanding and forgiving him for the aforementioned.

Ogweno Stephen, Leading the Movement On NCDs and Climate Change in Kenya

Safaricom Adds Over 200,000 Customers as it Commences Commercial Operations in Ethiopia