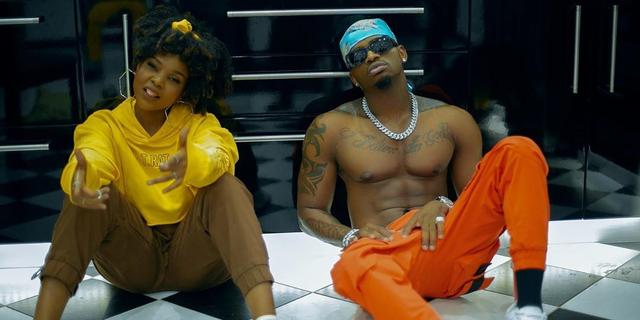 WCB boss Diamond Platnumz and his signee-turned-lover Zuchu have kept on confirming they are an item and are actually deeply in love with each other.

The new couple in town recently evoked jealousy after a video of themselves enjoying their romance while in a gym emerged.

The video, which shows Zuchu sitting on Diamond Platnumz‘s crotch while kissing him passionately found its way to social media on Thursday, November 24.

It is not yet clear who first shared the video or the source, but it spread fast online and in no time, it had gone viral.

Looking at the video, one can clearly tell Diamond and Zuchu are in love and cannot keep their hands off each other.

The video was followed by yet another one, this time posted by Diamond Platnumz on his Insta-stories updates.

Also Read: Akothee Slams Men Who Are Bitter Over Her New Romance with Mzungu Lover Omosh

The second video had Diamond and Zuchu kissing passionately inside a car and was posted on Wednesday, November 23.

This comes barely days after their union was confirmed by Diamond Platnumz’s mother Sandrah through social media.

As earlier reported by The Kenya Times, Sandrah took to social media to celebrate Zuchu as she turned a year older.

She posted Zuchu’s photo and in the caption, she wished her happiness and long life before referring to her as her daughter-in-law.

With the confirmation, Sandrah laid to rest speculations on whether Zuchu and Diamond are dating or are just together for clout.