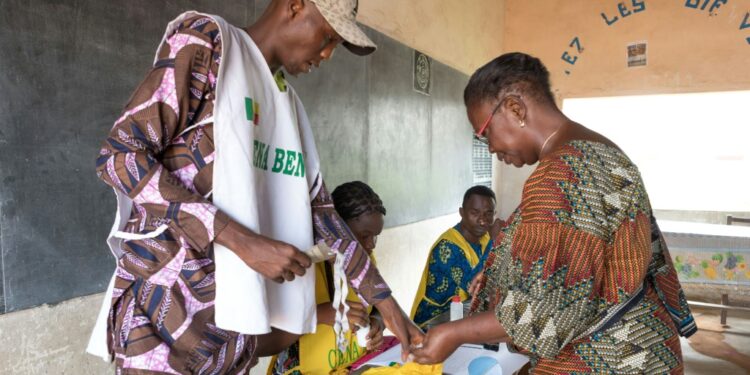 Sunday's vote is a key test for Benin, where Talon's supporters say he has brought economic development | AFP

Benin voted for a new parliament on Sunday with opposition candidates authorized to stand in the legislative elections for the first time under President Patrice Talon after four years of absence.

Sunday’s vote will be a key test for the West African nation, where Talon’s supporters say he has ushered in political and economic development, but critics argue that his mandate has eroded democracy.

The streets of Cotonou, the economic capital, were calm and all markets and shops were closed, AFP reporters said.

The last legislative elections in 2019 were marked by deadly violence, record abstention and a total shutdown of the internet — rare events in Benin, once praised as a bastion of democracy in the region.

The opposition was unable to participate in the 2019 elections due to a tightening of the voting rules.

Only two movements allied to the president were authorized to compete, bringing about a parliament entirely won by Talon’s supporters.

This time, seven political parties — including three claiming to be in opposition — were allowed to participate.

After voting in the morning in the capital Abomey, Defense Minister Fortunet Alain Nouatin called on the population to come out “massively” to vote.

Parties winning more than 10 percent of the vote will distribute the 109 parliament seats, according to the proportional system.

The results are expected within the next week.

“We are confident because we are from the presidential movement. Everything is fine,” said Hamdan Moussa, 22, local representative of the Republican Bloc (BR), a pro-government party.

But turnout — historically low in 2019 — appeared slow on Sunday morning at polling stations visited by AFP in Cotonou and other areas.

“People no longer have too much hope, they are afraid of some trickery,” said Bawa Alimiyao, 40, in front of a primary school in Cotonou, where he voted for an opposition party.

“This government disappointed me, we had hope. We are waiting for change, and we need deputy’s representative of the people.”

Most of Talon’s main opponents are either in prison or in exile.

Both were tried by a special court dealing with terrorism and economic crimes, known as the CRIET. Critics say the court, created by Talon’s government in 2016, has been used to crack down on his opponents.

Around 6.6 million voters were eligible to elect deputies on Sunday, including at least twenty-four women — at least one per constituency — according to a new electoral code.

Beyond the opposition’s drive to reclaim seats in parliament, Sunday’s election will impact the future of some of the other institutions in the small country, which sits between Nigeria and Togo on the Gulf of Guinea.

The mandate of the Constitutional Court ends this year and, three years before the 2026 presidential ballot, the court’s composition is crucial as it oversees decisions on elections.

Lawmakers appoint four judges while the other three are chosen by the president.

Ruto Promises to Transform Kibira into an Estate