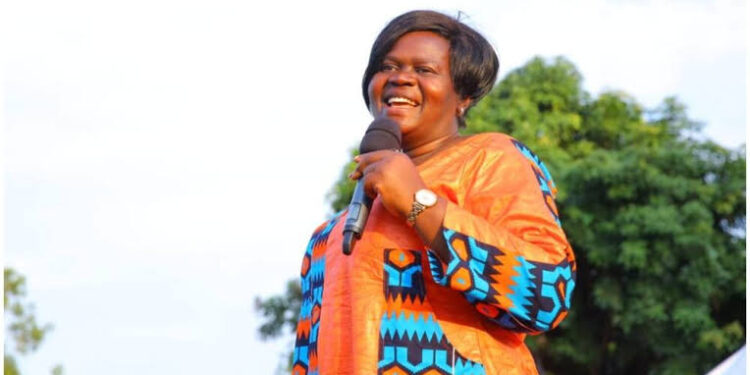 Gladys Wanga, who was also contesting under the Azimio coalition took to social media Tuesday, August 16 morning to express her disappointment over the results.

“I am aware that many of you are currently hurting and struggling with disappointment and lack of clarity over what happened yesterday. As a strong supporter of Baba, I share your disappointment. I am hurt at a very personal level,” she stated.

Gladys  further urged her followers to stay calm, and  soldier on with their support for Raila as they pray for him.

Moreover, she divulged that the Azimio team was considering way forward, hinting at a possible petition against the presidential results.

“Our very able legal team has assured us that the irregularities, the election malpractices and the lack of transparency with which Chairman Wafula Chebukati conducted the Commission’s business are so glaring that yesterday’s declaration cannot stand,” Wanga said.

“This matter is not over. The last word about it has not been spoken. The legal team has assembled and will be doing everything possible to ensure the right winner is declared.” Wanga added.

Similarly, leaders allied to the Azimio coalition have claimed that irregularities marred the electoral process.

Nonetheless, Raila who was contesting for presidency under the party’s ticket lost narrowly to his rival, William Ruto, in the results released by the Independent Electoral and Boundaries Commission on Monday, August 15.

“It is not over till it is over.” Karua tweeted.

Nevertheless, a petition challenging presidential election results should be filed within seven days from the declaration of the results by IEBC.

Moreover, according to the Supreme Court, the petition will then be determined 14 days from the day it was filed.

Over 300 ECDE Teachers To Be Absorbed Into County’s Payroll