Government to Drill Boreholes in Parks to End Human-Wildlife Conflict 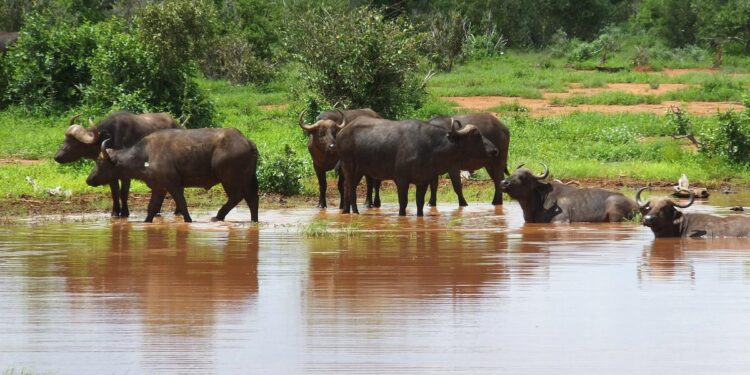 The Ministry of Tourism and Wildlife has said there are plans to drill boreholes within game parks as a way of reducing conflict between humans and wild animals.

CS Malonza said the increased conflict has been caused by very minimal rainfall witnessed in most areas.

“The major challenge is because there was very minimal rainfall in all our parks and the animals are moving in search of water and pasture,” Malonza said.

“If we do not look for water for them, they will be uncontrollable. We will find them even in our homes,” she said.

The CS noted that the only way to end the conflict was to drill boreholes in the parks and put Kenya Wildlife Service (KWS) officers on high alert to ensure the animals do not sneak from the parks.

“As part of CSR, she said the locals who have been troubled by the animals for a long will also benefit from the construction of boreholes too”.

“We are also sourcing for funds to employ community scouts to work hand in hand with the KWS officers,” she added.

According to the Wildlife Research and Training Institute in December showed that 512 wildebeests, 381 common zebras, 205 elephants and 51 buffalos have succumbed due to drought.

During the 2021-2022 financial year, the government set aside Sh600 million for compensation of victims of Human-wildlife conflict.