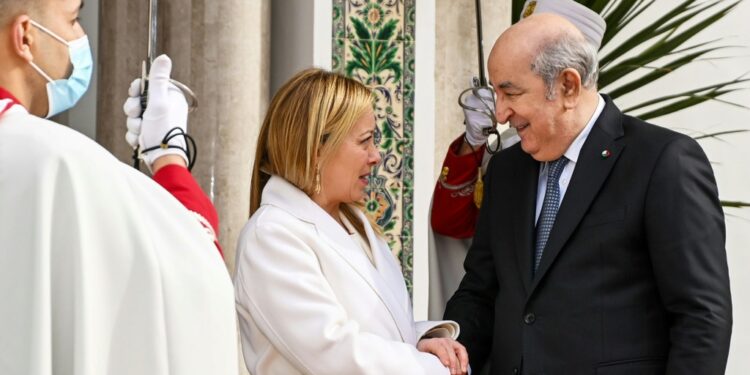 “Facing the great energy crisis that Europe in particular is experiencing, Algeria could become a leader in production, certainly African but probably global”, Meloni said in a joint press conference with Algerian President Abdelmadjid Tebboune in the capital Algiers.

Before Russia’s invasion of Ukraine, Italy imported 95 percent of its gas needs, about 40 percent of which came from Russia.

Rome has increasingly looked to Algeria, historically its second-biggest supplier via a pipeline through Tunisia and under the Mediterranean Sea, to help reduce that dependence.

“Italy is inevitably the gateway for access for this energy and for Europe’s supply”, Meloni said.

Tebboune said an agreement between the Mediterranean nations had been signed for “the study and construction of a pipeline” that could transport “gas, hydrogen, ammonia” and could even feature an electricity link.

He said it would make Italy “an energy hub for Europe” and noted that trade between Algeria and Italy had already doubled from $8 billion in 2021 to $16 billion in 2022.

Meloni’s predecessor Mario Draghi sealed a string of deals with Tebboune in July.

Among them was a reported $4 billion oil and gas production-sharing agreement between Algeria and several energy companies including Italian giant Eni.

NCIC Steps Up Peace Campaigns Ahead of Elections