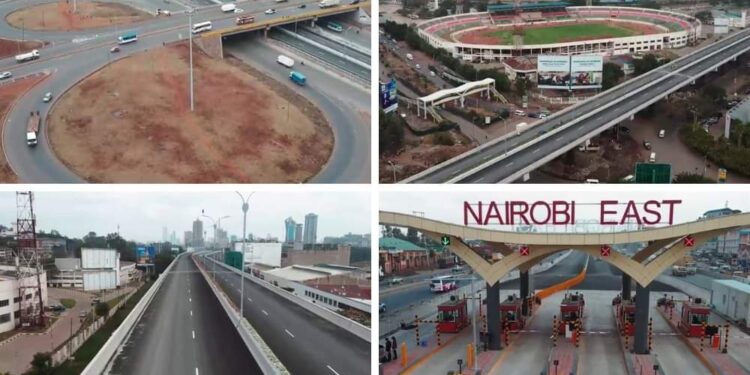 The Kenya National Highways Authority (KeNHA) has commenced plans to address the poor drainage on the Nairobi Expressway, which is in its last phase of completion.

The move follows concerns from a section of Kenyans and motorists using the lower road who complained of rainwater falling on their vehicles following heavy downpour.

KeNHA said that the rains had affected various ongoing works related to drainage along the Expressway.

“This has caused various sections along Mombasa Road and Uhuru Highway to experience disruption of traffic following water draining to the lower road. We regret for any inconveniences caused by this occurrence,” KeNHA said.

The road development, management and maintenance agency noted that as per the design, “flood water will be channeled through trimmed down pipes, gutted downwards along the pier caps and finally to U-drains below the soffit of the viaduct.”

It appealed for patience from motorists pointing out that works on the Expressway are still in progress adding that the final installation of the designed drain system is yet to be completed.

“In the meantime, the contractor has deployed extra work teams and equipment to focus on all outstanding works including the drainage system – targeting completion before the rains result into peak flows,” the authority stated

It further called on motorists to exercise caution when driving through the storm water in the affected areas as they work towards resolving the situation.