The number of people released is 20-times less than those who are still being held. 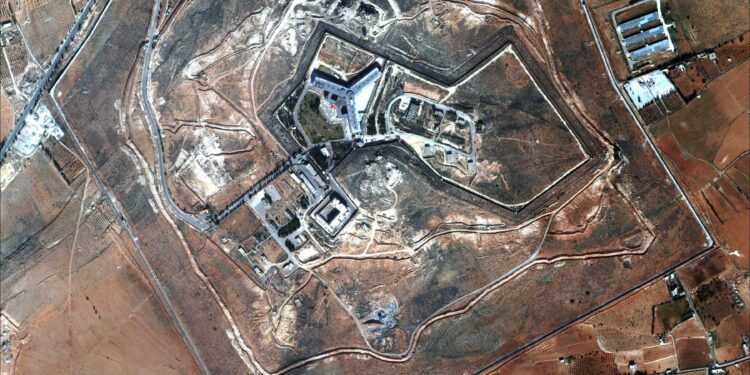 According to a report by the Syrian Network for Human Rights (SNHR), there are still at least 136,000 people detained in Syrian state prisons despite amnesties issued by President Bashar al-Assad.

Titled Breaking Down the Amnesty Decrees, the long overdue report suggests that some 7,531 people who were victims of arbitrary arrests have been released, while 136,000 remain forcibly detained.

“The releases have taken place over 21 amnesties, personally approved by Assad and billed as a means of reconciliation between the opposition and the regime, which took a hardline stance against protests inspired by the regional uprisings that came to be known as the Arab spring,” Martin Chulov reports.

Syria has one of the biggest and cruelest detention systems in the world. “Since the very first moment of his or her arrest, the detainee is subjected to torture, and denied any chance of contacting their family or lawyer,” the report observes.

In the overwhelming majority of cases, the report adds, “Syrian authorities deny having arrested the detainee, who goes on to be classified as a forcibly disappeared person.”

In addition, the report notes that: “Hundreds of thousands of Syrians have fallen victim to the Syrian regime’s arrest machine, with their cases devoid of any clear charges or evidence. They have been arrested for political reasons, grounded in the Syrian regime’s battle to survive without making any meaningful political changes. (These) are unlawful arbitrary arrests that violate international human rights law, as well as the Syrian constitution and domestic laws.”

According to SNHR director Fadel Abdul Ghany, “the small numbers of people released were overshadowed 20-fold by those who are still being held.

“At this rate they would need 233 years and 408 decrees to release the rest…This is an important milestone in understanding the Syrian war and its effect on the population. This was not Assad’s kindness. The amnesties were a further instrument of repression,” he said.

Thieves Steal Four Rifles from Patrol Base in Mbita