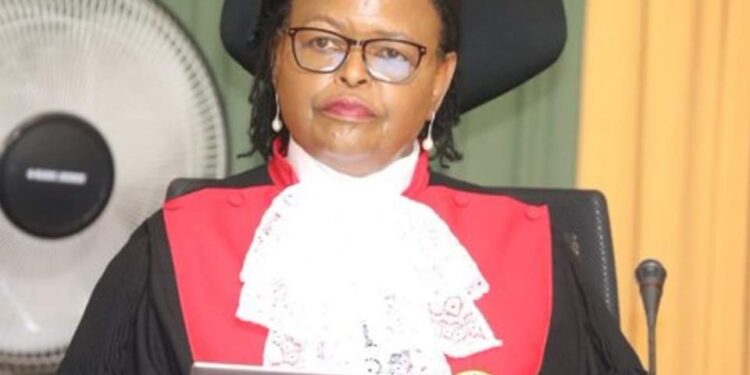 For the first time, the Political Parties’ Disputes Tribunal will now resolve issues before it outside of Nairobi following the launch of a decentralization programme by the Judiciary.

Speaking at the Supreme Court building in Nairobi, Monday, Chief Justice Martha Koome said that the decentralization will allow easier access to justice regarding political disputes.

“With the decentralization of the PPDT, Kenyans can now access justice with respect to political disputes without having to travel long distances to access justice,” said Koome.

CJ Koome announced that the Judiciary has decentralized the PPDT to seven regions in the country. The regions are Nairobi, Meru, Mombasa, Kisumu, Kakamega, Nyeri and Eldoret.

The Tribunal was established under the Political Parties Act of 2011 to hear and determine disputes arising out of political parties’ affairs.

The move is particularly crucial to recent political disputes arising from party primaries which have caused fallouts in parties across the country.

There has been chaos surrounding the nominations process among various parties that has seen aspirants defecting to other parties or vying as independent candidates.

The Chief Justice further announced the introduction of an online filing system for use by those who will be filing cases before the tribunal.

“The Judiciary has identified the use of technology for efficient service delivery. In line with this, we have activated an e-filling system for the PPDT,” said the CJ.

To ensure that the decentralization and e-filling processes function effectively, the Judiciary has designated contact persons in each of the seven regional courts.

Court Administrators of the identified court stations will act as the contact persons while ICT officers will be on stand-by to assist with filing of political disputes.

Kenyans Set For A ‘Five-Day Weekend’ As Gov't Gazettes Tuesday, May 3 A Public Holiday To Celebrate Idd-Ul-Fitr

Nick Mwendwa – Get Ready For The Return Of Football