Sakaja Reveals Why He Recruited Azimio Members to His Cabinet 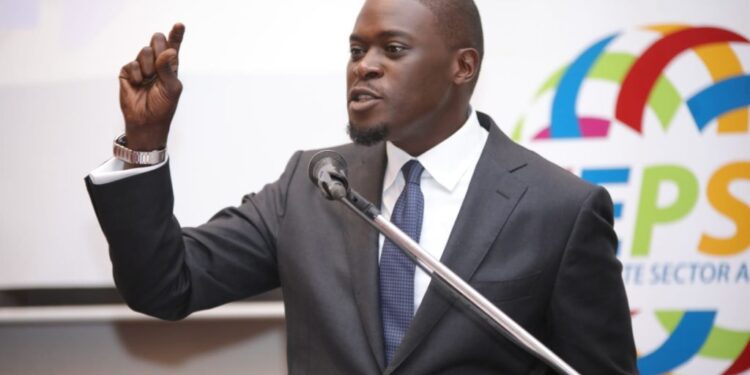 Sakaja’s statement comes after a section of Kenya Kwanza leadership accused him of sidelining them and favoring Azimio.

On the morning of Tuesday, January 10, the Nairobi Governor said that before he embarked on appointing county executive committees (CECs) and chief officers, he went to seek the President’s advice, who gave him the go-ahead.

The governor said he told the President that despite him being a United Democratic Alliance (UDA) governor, Azimio coalition occupies the majority in the Nairobi County Assembly and that there is no way his administration could deliver without working with them.

“If you look at the last election in Nairobi, in the presidential vote, Azimio got the majority. We lost the Senate and Woman Rep seats. Out of the 17 MP seats, UDA only managed four, the same case as MCAs; they are the majority with a margin of about 15. In this scenario, nothing would have sailed through if I didn’t do that,” explained Governor Sakaja.

Sakaja said if he didn’t constitute Azimio members in his administration, even the budget would not have passed, and CECs and chief officers wouldn’t have been approved.

“Without a budget, there is nothing that can happen in the county, and as a leader, you must make certain decisions for things to work and that’s what I did,” he added.

Sakaja said that Azimio had demanded five out of the 10 CEC posts, but he only allocated them three slots.

He also appointed a good number of Azimio affiliates to chief officer posts.

On the other hand, the governor hailed the Azimio leadership for allowing the UDA party to take seven chairmanship slots in committees and four vice chairs even though they are the minority.

“I am a UDA governor and a diehard for that matter. But you can see we are able to work harmoniously because of the approach I took, and we will continue like that because Nairobi is a cosmopolitan city and I was elected by Kenyans from across the political divide,” he stated.

The governor also noted that Deputy President Rigathi Gachagua and other top party officials were also informed of his decisions, despite claims that he made the appointments without consulting key party leaders.

He also denied claims that there is a tiff between him and DP Gachagua, saying that he respects him.

He, however, maintained that nightclubs would not be allowed to operate in residential areas and that there would be no backtracking in relocating long-distance PSVs to the new Green Park termini.

Last week, Gachagua asked matatu operators and bar owners to ignore governor Sakaja’s directives and go on with their businesses.

“I am not in an argument with anyone, and I have no problem with my boss, the Deputy President. I think some people are taking advantage of a non-existent tiff and, if these issues, they will be solved internally,” he added.

TBT: Ida Odinga Shares Photos, Memories on Why She Named Her Daughter Winnie