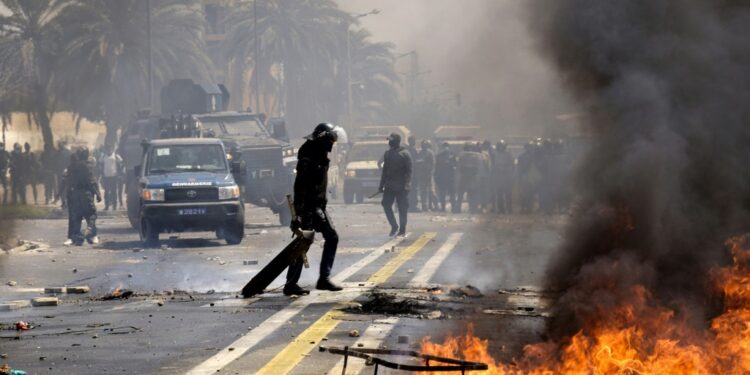 Senegal will vote for mayors and local representatives on Sunday in the first election since last year’s riots, in a vote seen as a key test for President Macky Sall.

The poll is also the first in the West African country since 2019, when the president won a second term.

Sall has come under increasing criticism since then, facing accusations of arranging court cases against his rivals and of planning a bid for a third presidential term in 2024.

In March last year, Senegal was also rocked by several days of clashes and looting after opposition leader Ousmane Sonko was summoned to court to answer charges of rape in a case that he said was politically motivated.

At least 12 people were killed nationwide, a toll that shocked a country considered a beacon of stability in a volatile region.

Sunday’s poll is viewed as a bellwether for the president’s support, and comes ahead of parliamentary elections expected in July.

Sall, 60, was first elected in 2012 on promises to help the poor in the nation of 17 million people.

He is well respected on the international scene, but his critics view him as serving the business interests of Senegal’s former colonial power France.

The political opposition also fears that Sall will seek to exploit constitutional changes approved in a 2016 to argue that a two-term limit for presidents does not apply, and run again.

Sall has been highly visible in recent weeks, inaugurating a new railway in the capital Dakar and laying the foundation stone for a new Deepwater port south of the city.

Several of the president’s ministers are running in Sunday’s vote to pick the mayors of more than 500 municipalities and the heads of Senegal’s 46 departments.

Sall’s Alliance for the Republic (APR) party currently has a firm grip on the country, with 125 of the 165 seats in Senegal’s national assembly as well as a majority of the country’s departments.

He is facing five opposition candidates, including harsh Sall critic Barthelemy Dias, who is embroiled in a court case over his alleged connection to a shooting in 2011.

Dias — from the Yewwi Askan Wi (“Free the People”) coalition — has accused the government of plotting to sabotage his run for mayor.

Leading opposition figure Ousmane Sonko, a member of the same coalition, is running for mayor in the southern Senegalese city of Ziguinchor.

Sonko unsuccessfully ran for president in 2019, but received 57 percent of the vote in Ziguinchor, to Sall’s 39 percent.

Sunday’s election is viewed as just as much of a test for the opposition as it is for Sall.

Senegalese political analyst Barka Ba said that although last year’s riots had boosted the opposition, it could prove difficult to defeat the APR on Sunday because of the voting system used for local and parliamentary elections.

The system mixes proportional representation with first-past-the-post. The latter is thought to favor incumbents when the opposition is fragmented.

In October 2021, Sall’s chief of staff Mahmoud Saleh was quoted by Senegalese media as saying that the elections will be “local in name only”.

He added that the results would determine how the parliamentary elections go, and “decide the debate” on Sall’s candidacy for the 2024 presidential election.

Sall later characterized the comments as a “major gaffe” in an interview with French broadcaster RFI, and denied any link between the local elections and his political fate.

But he has not denied that he will seek a third term.

Running in 2024 would see Sall follow other West African presidents who recently have used constitutional reforms to stay in power.

Ivory Coast’s Alassane Ouattara won a third term in 2020 after a constitutional reform, as did Guinea’s Alpha Conde, although the military overthrew him in September last year.

About 6.8 million voters are registered to vote in Senegal on Sunday.