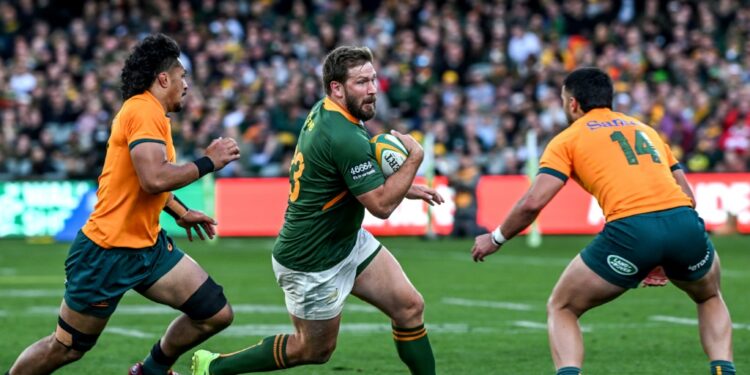 With Handre Pollard, Elton Jantjies and Damian Willemse unavailable, the 35-year-old utility back will make his first Springbok start as a playmaker since 2008 in the final round match.

First-choice Pollard is injured, Jantjies was dropped from the squad after reports of an alleged affair with the team dietician and Willemse is recovering from concussion.

That left Steyn as the only option for the clash with the Pumas at Kings Park in Durban and reserve scrum-half Faf de Klerk will also provide fly-half cover.

“It is incredible how Francois, at the age of 35, is still performing so well at international level. South Africans can be immensely proud of him,” he said.

Erasmus used six forwards and two backs on the bench rather than the traditional five-three split at the World Cup, enabling South Africa to unleash six fresh forwards in the second half.

Apart from a specialist scrumhalf, Steyn was the only other back chosen for all the key matches in Japan, covering the full-back, center and fly-half positions.

He replaced Willemse late in a 36-20 bonus-point victory over Argentina in Buenos Aires last Saturday and head coach Jacques Nienaber hailed his “calmness”.

A prodigious long-range goal kicker, Steyn slotted two conversions, one from the touchline, to put the match beyond the reach of the Pumas.

In the tightest title race since the southern hemisphere championship was launched 10 years ago, New Zealand and South Africa have fourteen points each, Australia 10 and Argentina nine.

Among multiple scenarios is one in which all four teams could finish with 14 points, leaving points difference, head-to-head records, or number of tries to separate them.

Nienaber labelled the Buenos Aires match a “semi-final” and says the rematch in Durban is a “final” as South Africa seek to win the Rugby Championship for a second time.

“Winning in Buenos Aires is no guarantee we will succeed again in Durban. Argentina are one of those teams whose patriotism radiates in their performances.”

Apart from Steyn, Nienaber has made one other change with 2019 World Rugby Player of the Year Pieter-Steph du Toit returning to the loose forward trio in place of Franco Mostert.

Fit-again hooker Bongi Mbonambi is among five changes to a bench which includes six forwards and just two backs.

The Australian is upbeat despite the home loss to South Africa coming a couple of weeks after a 53-3 mauling in New Zealand.

“Since arriving in South Africa, we had our best training session in some time. The environment will be difficult, but we intend to enjoy it,” said Cheika.

Carolyne is a National Correspondent for The Kenya Times. She focuses on the ongoing political climate and national life stories in Kenya and Africa.

Sossion Says CBC Has Never Been Implemented In Schools