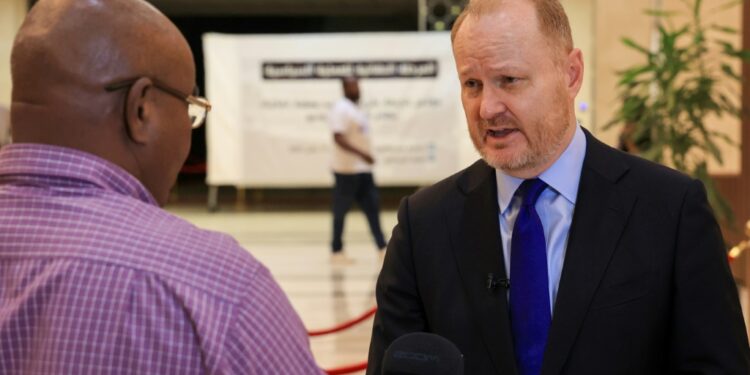 The US ambassador to Sudan has called on ex-rebels who were not part of an initial post-coup deal to join the talks aimed at restoring a transition to civilian rule.

Military leaders and some civilian factions agreed last month on the first of a two-phase political process seeking to end the turmoil Sudan has been plunged into since a 2021 coup led by army chief Abdel Fattah al-Burhan.

While the accord drew some international acclaim, opponents at home eyed it with skepticism, saying it falls short on specifics and timelines.

“It is important to note that the process remains open for them to come in,” ambassador John Godfrey told AFP on Thursday, referring to key factions which refused to sign the agreement.

Finance Minister Gibril Ibrahim, also an ex-rebel leader who had signed a peace deal with Sudan’s short-lived transitional government, said it was “far from a national accord and does not lead to free and fair elections”.

“Our understanding is that efforts continue to try to find a way to meet a situation where they feel that they could join the process,” Godfrey said.

He spoke at the conclusion of the first round of talks in Khartoum over the second phase of the political process, focused on neutering the remnants of long-time autocrat Omar al-Bashir’s regime, ousted in 2019 in the face of mass protests.

Another round of talks is expected in the coming weeks over key contentious issues including transitional justice, accountability, and security reforms.

More than 120 people have been killed in the crackdown on anti-coup demonstrations, according to pro-democracy medics.

The coup has also deepened a spiraling economic crisis and heightened ethnic clashes in Sudan’s remote regions, which killed around nine hundred people last year, according to the UN Office for the Coordination of Humanitarian Affairs.

The December preliminary deal brought together Burhan, paramilitary commander Mohamed Hamdan Dagalo and multiple civilian groups — most notably the Forces for Freedom and Change, the main civilian bloc ousted in the 2021 military coup.

The United Nations said the talks this week mark “another important step towards realizing the aspirations of the Sudanese people for democracy, peace and sustainable development”.

Burhan has pledged the military would no longer be involved in politics once a civilian government is installed.

The army chief has also expressed hope that international aid suspended since the coup would be restored.

Ties between Washington and Khartoum were severely strained under Bashir’s three-decade rule, with crippling US sanctions imposed in 1993.

Relations eased under Sudan’s now-ousted transitional government led by former premier Abdalla Hamdok. In August, Godfrey took the post as the first US ambassador to Sudan in 25 years.

Following the 2021 coup, the United States suspended $700 million in aid, but Godfrey said it has continued to provide “humanitarian” and “some development assistance”.

“We have made it clear that until a new civilian-led government is in place in Sudan, we will not be in a position to restore the other lines of assistance.”