Why Pakistan Prime Minister Imran Khan has been removed 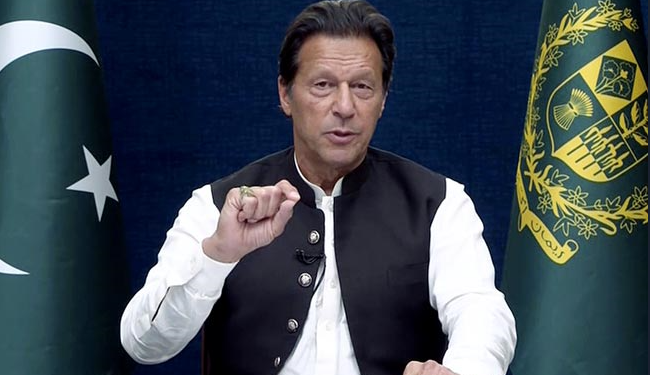 873
SHARES
5.4k
VIEWS
Share on FacebookShare on TwitterShare on WhatsApp

Imran Khan is no longer the Prime Minister of Pakistan. Pakistan’s Prime Minister Imran Khan was ousted from office in a no-confidence vote in parliament in the early hours of Sunday, after three years and seven months in power.

He has just been removed via a no-confidence vote, with 174 out of 172 votes needed.

No prime minister has completed a full five-year tenure in Pakistan’s 75-year history – a trend extended with the ouster of Imran Khan, who lost a no-confidence vote on Sunday.

Shehbaz Sharif, the person most likely to be Pakistan’s next Prime Minister has a reputation domestically as an effective administrator more than as a politician.

Imran Khan had just visited Moscow a few weeks ago to secure Gas & Wheat, while criticizing U.S foreign policy, and meddling in Pakistan.

The U.S strongly disagreed with the policies of the Imran Khan government, and they wanted Pakistan to be part of the U.S group, allied to block and condemn Russia in the Ukraine war; Imran Khan visited Russia a day before the declaration of war with Russia and refused to condemn the war, which strongly offended by the U.S; the United States then threatened Pakistan that they will suffer the consequences.

According to senior government officials, the U.S sent a threatening letter to Pakistan, warning them of the dire implications if the no-confidence vote against Imran Khan failed.

But it was denied by the sector of foreign affairs in the US.

There were two main reasons for removing Imran Khan from the PM’s job.

The first reason was that he had intended to give further extension to Faiz Hameed, the head of Pakistan’s ISI, at the end of his tenure, which angered the then present Army Chief General Qamar Javed Bajwa; and he was ordered to appoint a new chief in every case, but Imran Khan persisted but finally, after 15 days the new chief Nadeem Anjum was appointed as the head of the secret agency.

But remember that General Qamar Javed Bajwa had been in this post for six years, and Imran Khan wanted to bring a servant of his choice, and that could have been Faiz Hameed.

There is a lot of concern in the army in this regard, and a large part of the army does not like the policies of the current Chief of Army Staff General Qamar Javed Bajwa.

These are the two main reasons that Imran Khan was deprived of the post of Prime Minister.

According to BBC, on the day of the no-confidence vote, Imran Khan fired General Qamar Javed Bajwa and was waiting for the newly appointed army chief.

Bajwa and Nadeem Anjum then both came out from the same room and pressured Imran Khan to leave the PM’s post.

It may have happened, but the problem was that the legal document (notification) that should have been issued by the Ministry of Defense for this highest dismissal and a new appointment could not be issued, thus thwarting the Prime Minister’s House’s attempt at this revolutionary change done.

But ISPR gave a short statement & said “BBC Urdu story published today is baseless and a pack of lies. The typical propaganda story lacks any credible, authentic, and relevant source and violates basic journalistic ethos. There is no truth in the fake story”

Now Imran Khan has to decide whether to come back strongly, and a new government decides to undo the law that he has made.