The second in command also unveiled a new line up of Kericho County leadership led by Philip Rono as the Majority leader. 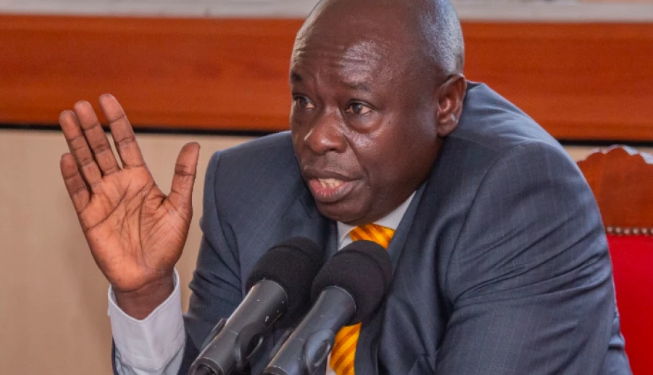 DP Gachagua while addressing the press stated that the issues had been resolved to the satisfaction of all leaders and Members.

“In the meeting the issue of the leadership of the House of the Assembly has been resolved to the satisfaction of each member. As a result, elections have been held and results were accepted by all present,” he said.

Moreover, the second in command also unveiled a new line up of Kericho County leadership led by Philip Rono as the Majority leader.

DP Gachagua further urged all members of the United Democratic Alliance Party (UDA) to use the laid down conflict resolution mechanisms whenever issues arise to avoid embarrassing the party in the future as it was the case in Kericho.

“Elections are over, and we have a responsibility to the people of Kenya to fast-track development. We want where there are issues, the party mechanism is available to help members to solve them without going to the embarrassing situation we witnessed in Kericho,” DP Gachagua said.

Furthermore, the second in command settling the leadership squabble in Kericho County Assembly came days after President William Ruto condemned the chaos and called out the MCAs for being insensitive to the pressing challenges requiring their attention.

“I am seeing there are leaders who are still focused on leadership positions. I want to tell Kericho MCAs to stop this nonsense. We do not want this kind of games,” president Ruto warned.

Pele Named His Secret Daughter in Ksh1.9B Will after Spending Entire Life Denying he Was Her Father