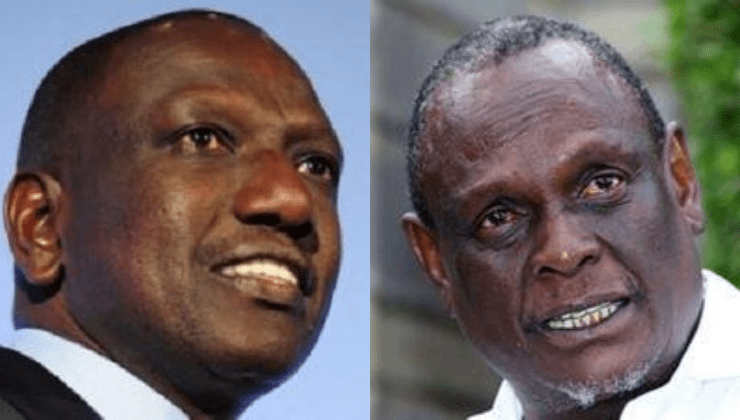 The plan to ouster the Deputy President William Ruto by the Jubilee Party failed as the Jubilee Vice Chairman David Murathe alleged that the untimely death of former Tanzania’s President John Pombe Magufuli, affected the plan.

Jubilee Party members were reported to be divided over the ejection of Ruto as Deputy Party leader.

However, the party members could not agree on whether to proceed with the ouster or postpone it to a later date.

Murathe, on Monday, March 22, said that they shelved the plan to mourn one of Africa’s top leaders, with Uhuru among the attendees at Magufuli’s state funeral ceremony.

“We have put everything on ice in honour of Magufuli and out of respect for our partnership with Chama Cha Mapinduzi (CCM). Everything is on hold until we finish mourning Magufuli.

Murathe added that Jubilee’s NMC met on Monday, March 22, to deliberate on how to kick out Ruto and other expelled party members allied to the DP.

An Aid to Governor Oparanya looses his gun in a bar fight.