Kalonzo has said he will oppose the ambitious project if the government attempts to proceed with it before compensating families. 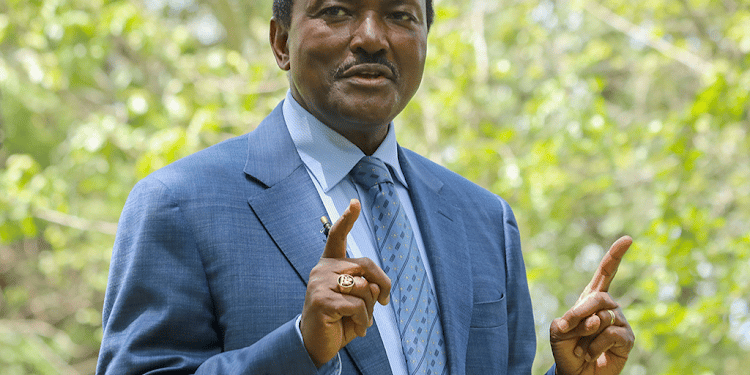 Kalonzo Musyoka has opened a fresh political battlefront with President William Ruto over construction of a multi-billion dam.

Moreover, Kalonzo has said he will oppose the ambitious project if the government attempts to proceed with it before compensating families.

Furthermore, the Wiper boss on Monday, November 14 warned that he will lead a mutiny against any plans by the government to relocate residents to give way for the dam.

“People must be given adequate monetary compensation so that they can choose where to resettle and not be forced into a settlement scheme,” Kalonzo stated.

Construction of this multi-billion dam may be good news for the rest of the country but not to thousands of residents of Tharaka Nithi, Kitui and Embu counties who will be relocated to make room for the project.

Furthermore, the Grand Falls Multi-purpose dam project is planned to be on River Tana and its site is located 50 km downstream of the Kiambere Hydro Power Station along the River Tana in Kitui, Embu and Tharaka Nithi Counties.

Likewise, the project, which is arguably the largest in the country after the Standard Gauge Railway, is one of the six dams to be undertaken under Kenya and UK’s new strategic partnership.

The project targets the agriculture sector as Kenya seeks to counter adverse effects of drought through elaborate food production interventions.

Nonetheless, Kalonzo Musyoka in his remarks asked the government to allow residents to decide where they will live. He also noted that families that will be affected by the dam construction project must be handled with dignity after adequate public participation has been done.

“Our people must be compensated first,” Kalonzo said.

The government plans to start work on the dam in 2024 with the project expected to be completed in three and five years.