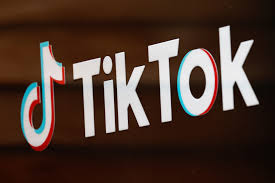 It can take less than three minutes after signing up for a TikTok account to see content related to suicide. Image: Courtesy

Latest data from Global Witness, a digital watchdog, and the Cybersecurity for Democracy team at New York University, indicate that TikTok has failed to discriminate huge volumes of election misinformation in the weeks leading up to the vote.

The sixth most popular social media platform has over the years prohibited political advertising including branded content from creators and paid advertisements. Responding to claims that the platform was aiding deliberate misinformation around elections, the company’s global business president Blake Chandlee said, “TikTok is, first and foremost, an entertainment platform.”

However, the NYU study showed that TikTok “performed the worst out of all of the platforms tested by approving more of the false advertisements than other sites such as YouTube and Facebook.”

The findings have elicited justified concern among experts who note that such posts could have significant electoral implications.

“This year is going to be much worse as we near the midterms,” said Olivia Little, a researcher who co-authored the Media Matters report. “There has been an exponential increase in users, which only means there will be more misinformation TikTok needs to proactively work to stop or we risk facing another crisis.”