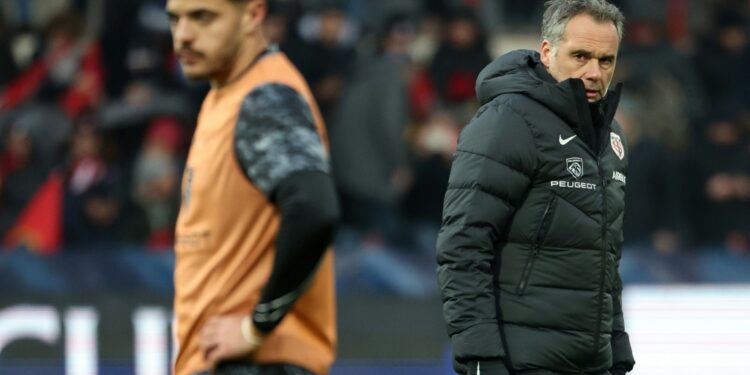 520
VIEWS
Share on FacebookShare on TwitterShare on WhatsApp
Toulouse head coach Ugo Mola said on Sunday that South African sides “have turned things upside down” in the Champions Cup after his French club secured a last sixteen home tie against the Bulls with a 20-16 win over Munster.

Sharks, Stormers and Pretoria-based Bulls have reached the knockout stage in their first participation in the competition previously contested only by European teams.

Record five-time winners Toulouse needed just a bonus point in the re-run of the 2008 final to make sure of home ground advantage with the next round being played at the start of April, when they will play the Bulls.

“You may as well play them as they’re here. I can’t wait,” he added.

Munster could have claimed a home tie for themselves with a bonus-point victory against the Top 14 leaders.

Nine of the 11 Toulouse’s players named in France’s squad for the Six Nations were part of Sunday’s matchday twenty-three.

Fly-half Joey Carbery started for the away side days after being omitted from Ireland’s Six Nations set-up, while Jack Crowley, picked for the national squad, was at inside center.

The home side led 11-8 at half-time as flanker John Hodnett responded for the visitors after Argentina’s Juan Cruz Mallia dived over early on for Toulouse.

Ireland lock Tadhg Beirne silenced the sold-out home crowd eight minutes after the break as he found a way through the defense although Carbery missed a second conversion.

Munster led 13-11 with half an hour left but still needed to collect a bonus point to claim a home last-16 tie.

Later, in the Scottish capital, Edinburgh held on to beat Saracens, who won the last of their three titles in 2019.

Despite the 20-14 loss, the English side still claimed a knockout game on their own turf.

Earlier, Montpellier’s South Africa scrum-half Cobus Reinach knocked London Irish out of the Champions Cup as well as Challenge Cup contention with a try that secured a 21-21 draw.

The French club had already qualified for the top-tier’s next stage.

By the end of Saturday’s action, the teams in the last sixteen were all known, including Leinster who hammered Racing 92 36-10 at Lansdowne Road, the venue of May 20’s final to claim top seeding in Pool A.

Judiciary Pledges To Work With Senate For A Successful Devolved Govt’

Trial in 2016 Ivory Coast Attack Set to Get Underway

Tunisia Election Board Edges Voter Turnout Up to 11 Percent