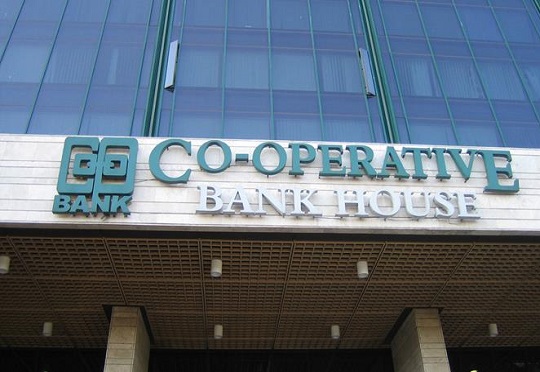 Software firm Itesyl Technologies has sued the Co-operative Bank of Kenya and two other firms for allegedly infringing its intellectual property.

Itesyl Technologies is now seeking Sh 216.5 million from the bank and partners.

According to the software firm, it signed a service agreement with the bank in July 2019 to offer landlords a rental collection solution, enabling fund transfer, status query and instant payment notification, among others.

Moreover, in a filing before the Industrial Property Tribunal, Itesyl says that it became aware of the alleged infringement during a virtual meeting with the bank representatives on December 21, 2020.

“It is during this meeting that it was bluntly disclosed that the invention had been made available to hundreds of other entities including some of the biggest real estate entities in Kenya, and a plurality of competitors and a thoughtless admission that the infringement would not stop merely because there existed rights over the innovation,” Alex Muchiri, the inventor and director of Itesyl, told the tribunal.

In addition, Itesyl has also sued Proptech Kenya which is a real estate software firm and Ezen Partners which is a business software company.

Aside from the Sh 216.5 million claims, the software firm further asked the tribunal to stop the parties from continuing with the alleged infringement.

Nevertheless, Co-operative Bank in their response to the claims, asked the tribunal to strike out the application for lack of merit.

The bank’s lawyers, Waweru Gatonye & Company Advocates, in their submission stated that their client is not in the business of knowing the inventive steps taken by Itesyl. They further added that the bank’s only interest was in the transaction fees that could be earned from successful transactions.

“[Co-operative Bank] is not in the business of making innovations. Notwithstanding this, there exists no invention by the bank that lays claim or infringes on the requestor’s innovation. The requestors are put to strict proof of anything to the contrary,” the law firm said.

The lawyers also noted that it is unbelievable that the requestors would blatantly disclose their inventive steps to third parties, given the steps they took to protect it by registering their intellectual property rights.

Furthermore, David Kamau, the managing director of Proptech, said that Itesyl has not proved infringement.

“The requestor has failed to specifically set out each and every component of its utility model against the infringing components of [Proptech] software,” he said.

The matter will be heard on December 14.

I Make Love to My Wife Four Times a Week, Juacali Discloses